A growing number of family philanthropists are setting time limits on their charitable giving so they can see the impact they’ve made in their lifetime, according to new research by Campden Wealth. A growing number of family philanthropists are setting time limits on their charitable giving so they can see the impact they’ve made in their lifetime, according to new research by Campden Wealth.

More donors were proactively considering the time horizon of their philanthropy, weighing whether it was more effective to have a pre-determined end date for philanthropic initiatives or to continue in perpetuity, the Global Trends and Strategic Time Horizons in Family Philanthropy 2020 report found.

Generally, respondents were familiar with both the in-perpetuity (89%) and time-limited (84%) philanthropic timeframes. While the first model was twice as likely to be adopted (62%) as the latter one (32%), the popularity of the time-limited model was on the rise, with the number of family principals who chose it growing by nearly two-thirds since 2000.

The report, produced in partnership with Rockefeller Philanthropy Advisors, said the key motivations for adopting a time-limited approach were a desire to see the impact of giving during a donor’s lifetime (30%), to narrow philanthropic focus (23%) and to transfer more of a founding donor’s wealth to good causes sooner rather than later (17%). 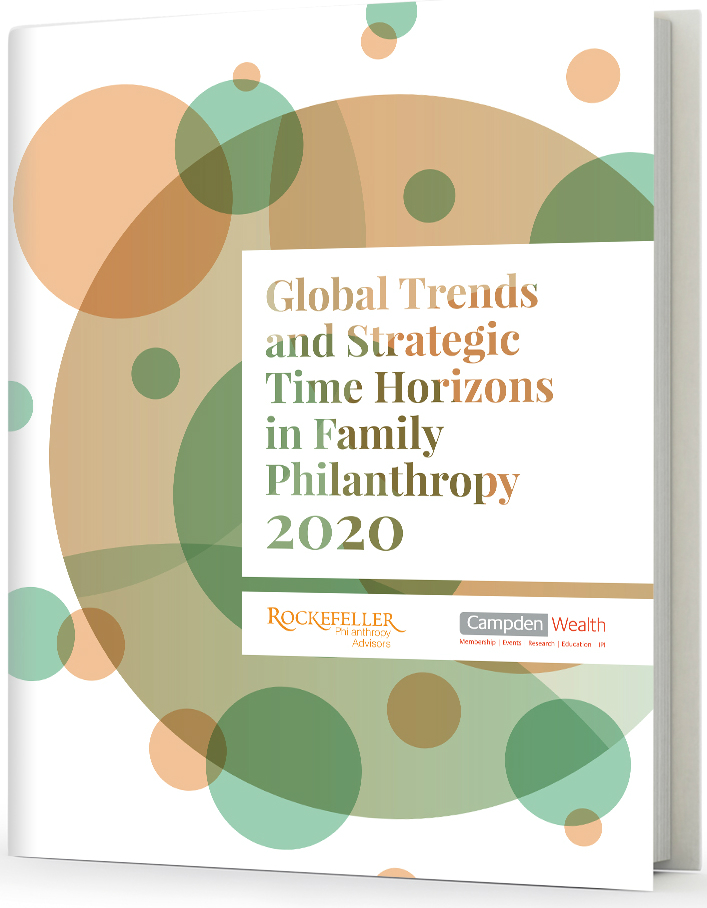 The big drivers for adopting an in-perpetuity approach were related to its ability to provide sustained and long-term support to address persistent challenges (71%), strengthen a family’s purpose and values (56%) and have greater impact on beneficiaries over multiple generations (41%).

“This global survey affirms trends that we've identified in our work: the desire for deeper personal engagement, more focused giving, and a commitment to impact that can be seen and assessed,” Melissa Berman, chief executive of Rockefeller Philanthropy Advisors, said.

The Jacobs Family Foundation, founded by the late Dr Joseph Jacobs in San Diego in 1988, was among the case studies in the report.

“Counter to common practice at the time, Joe established a time-limited foundation,” the case study said.

“He did so for several reasons: he wanted to see the impact of his giving in his lifetime; he wished to avoid the problems faced by some in-perpetuity organisations which, over time, saw the original intentions of their founders fade away; and he believed that families tended to lose appreciation over the generations for how the wealth was originally created.”

The Campden-Rockefeller report was based on a survey of 201 families in 28 countries with an average wealth of $1.2 billion. The families gave an average of $11.9 million each to various causes over the last 12 months.

Related Content:
Philanthropists save their legacy but the next generation saves the world
Dame Stephanie Shirley: Making the lasting difference