Other popular forms of compensation for investment staff include carried interest, offered by 38% of family offices; deferred incentive compensation (28%); and leverage through recourse loans (12%).

“The use of long-term incentive compensation has been a growing trend in family offices,” the report said. “This reflects a maturing industry.”

Linda Mack, president of Mack International, said as the prominence of single family offices grows, there was “an increased need to understand competitive trends in compensation in order to successfully retain the top talent needed”.

Higher AUM also meant more formalised structure around annual incentives. While 18.7% of family offices were yet to grant base salary increases at the time of survey mid-2017, 40% reported salary increases between 4% and 10% or more, which outpaces the national average of 3.1%.

Meanwhile, Campden Wealth’s Global Family Office Report 2017 (GFOR 2017) surveyed 262 family offices from around the world and found chief executives had a pay rise of 9.8% last year, with the average base salary rising to $367,000 this year. 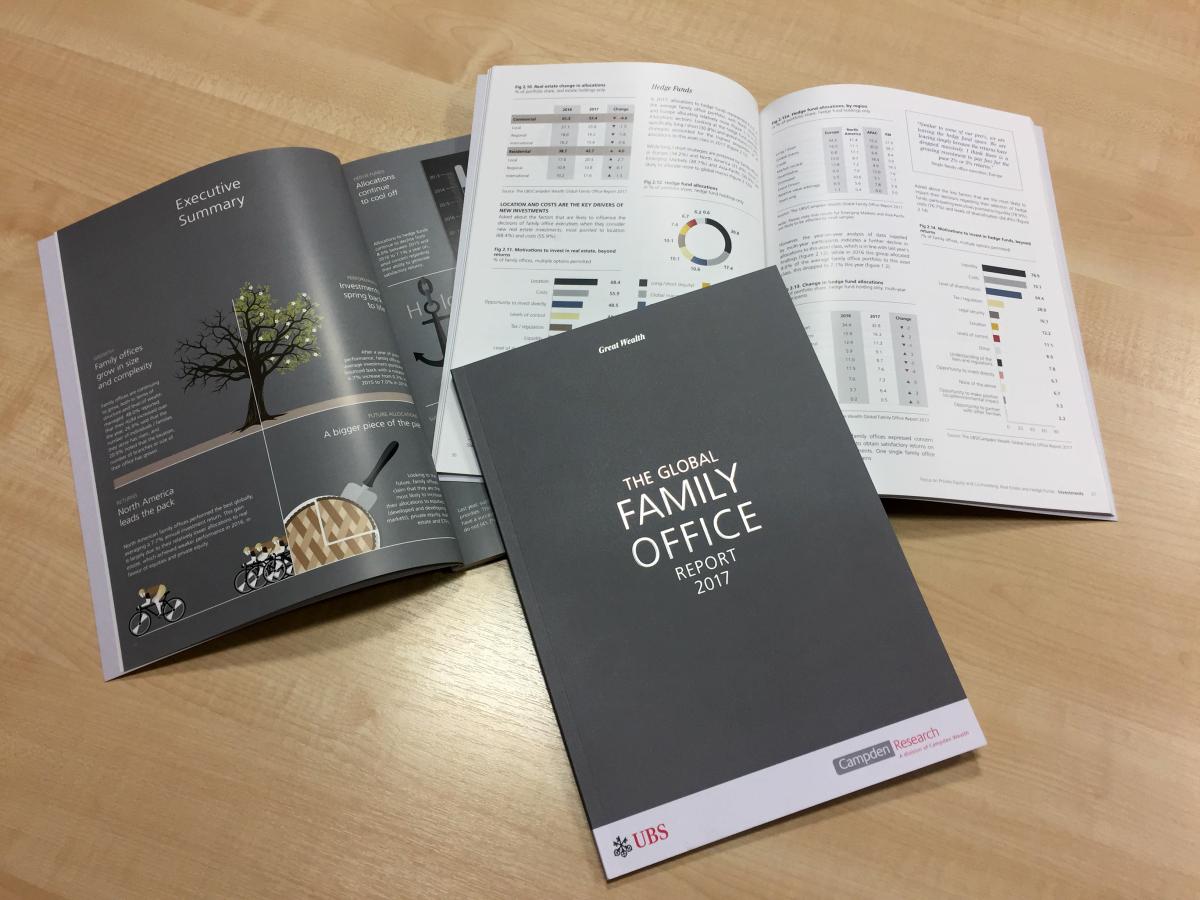 Susan Ward, managing director of UK global family offices at UBS, said since the global financial crisis, family offices were doing less outsourcing and instead wanted in-house expertise. They were also taking on higher-risk assets with greater complexity in the search for elusive returns.

“Willingness to spend [on staff] is being driven by family offices moving into asset classes they are not necessarily comfortable with, as yield is hard to find. They need to pay the right people to do that because they need to manage that risk,” Ward said.

Family offices in North America had the highest returns—8% on average—of any region during 2016, according to GFOR 2017. Their chief executives were rewarded accordingly the following year, topping the regional pay rankings earning an average base salary of $411,000.

US chief executives also received the highest proportionate bonuses, 54% of base, bringing total compensation to $631,000. Their European counterparts grossed $497,000, while chief executives in Asia-Pacific and emerging markets earned $362,000 and $408,000 respectively.

The 2017 edition showed more than half of the 250 family offices surveyed had existed for more than 10 years. Equities were the most popular asset class (91% had at least some exposure), followed by property (86%), and private equity (85%).