Family businesses and 2011 – a look back

As the year draws to a close, CampdenFB reviews the events that defined 2011 for family businesses. Two thousand and eleven won’t go down as a great year for the world economy. Much of it is still mired in a zombie-like state – moving forward but only in a half-life sense. Even the whole system for which much of the world economy is based on – capitalism – has come under scrutiny, with the various Occupy protests across the world. But there are pockets of hope, especially when it comes to family businesses. As the year draws to a close, CampdenFB reviews the events that defined 2011 for family businesses. 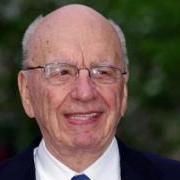 When it comes to good corporate governance, or the lack
thereof, much of the headlines over the year have been
dominated by media giant News Corp, the family business
that doesn't consider itself a family business. The
Australian family business patriarch Rupert Murdoch has
come under scrutiny following the phone-hacking scandal
at the now defunct newspaper News of the World. With
investigations into phone-hacking continuing, the future of the company remains uncertain.

Changes were also witnessed at American group McGraw-Hill, often seen as a family business despite the founding family owning just 4% of the company. The group was forced to split into two divisions, one focusing on markets and the other on education, following pressure from outside investors. The move ended the McGraw family’s 123-year direct involvement in the education publishing business.

Not very far away, Canada’s Thomson family, which controls financial news provider Thomson Reuters, looks to be reigning in control. The family has promoted a number of outsiders who have a strong association with the original Thomson business – Thomson Reuters was formed after the 2008 merger of Thomson Corporation with London-based Reuters.

Family control has also been tightened at a French family business – the luxury goods company Hermes. Famous for its scarves, silk ties and the Birkin handbag, the founding family finalised the creation of a holding company this year. It was largely seen by many as an attempt to prevent a takeover by LVMH, headed by billionaire Bernard Arnault.

In the world of retail, the Walton family has tightened control over the world’s biggest company Walmart. One of the world’s richest families – four Walton family members feature among the top 15 richest Americans, according to Forbes – the Waltons first upped their stake to 50%, before selling off 2% to outside investors. The Walton family is collectively worth around $96 billion.

Canadian counterpart Shaw Communications, whose controlling family members are reportedly the highest paid executives in Canada, also saw a rise in stake by the founding family. The Shaws hold 79% of voting rights at the media group, and increased their equity holdings to around 10% during the year.

Playboy also got its share of the limelight, when Hugh Hefner, who founded the iconic consumer brand nearly 60 years ago, took the company 100% private in January 2011.

It is often said that a family business rarely lasts beyond the second or third generation, but over the year CampdenFB saw some examples of astute succession planning by firms with the aim of keeping it in the family. 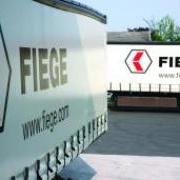 While legendary investor Warren Buffett confirmed his
succession plans by naming son Howard as the person to head Berkshire Hathaway after his death, India’s Tata Group, chaired by Ratan Tata, also brought to an end its hunt for a suitable successor. It named Cyrus Mistry, a family member by marriage, to succeed Tata upon his retirement next year.

A number of other family firms, including American retailer Giant Eagle, Swiss group Endress+Hauser, Indian motorcycle maker TVS Motors, Britain’s construction company Wates and engineering business Marshall Group, paved the way for the next generation of the family to play a bigger role in the companies.

Family businesses sell out and merge… 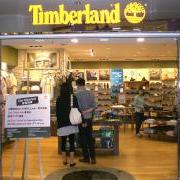 This year saw a spate of sales as families ceded control of companies to outside investors. The iconic outdoor clothes and footwear maker Timberland, owned by the Swartz family for 60 years, was sold to VF Corporation – a conglomerate with more than 30 brands in its portfolio. But third-generation family member Jeffrey was quick to say that while ownership has changed, “what makes Timberland unique and special will not”.

One of the US’s largest private exploration and production companies, owned by the Schusterman family, was sold to a private equity firm. Second-generation Stacy, daughter of the founder of Samson Investment Company, sold the business in a deal worth around $7 billion.

The Oppenheimer family also sold its 40% stake in South Africa’s De Beers, the world’s largest diamond company – the family had controlled it since the 1920s. Family member Nicky Oppenheimer called the sale a “difficult decision”.

On the other side of the world, Singapore’s Koh family sold its majority stake in Heng Long, a supplier of crocodile leather, to LVMH’s Bernard Arnault. The Kohs reduced their stake in the business to 49% from the earlier 74%. 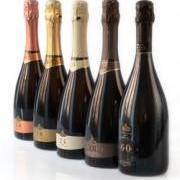 Wine and yachts also got their due during the year. The Gancia family, which controls the eponymous Italian winemaker, reportedly sold the family business to a Russian oligarch. Gancia, which was in its fifth generation of family ownership, was sold for around €150 million in December.

Yacht builder Ferretti, founded by the Ferretti brothers in Italy, also saw the family selling a part of their stake. The sale was to a Chinese firm, with the aim of clearing off the company’s debt – possibly painful for the Ferretti family as they hold 100% of the company voting rights.

Luxury retail giant PPR has also been on a buying spree this year, targeting other family-run businesses. It has taken majority control of watchmaker Sowind Group, owned by the Macaluso family, and has bought Italian suit maker Brioni. The purchases were in line with PPR’s plans to ramp up its portfolio of luxury brands.

Over the year, Brazil’s family firms have cemented their dominant position. Not only have they reported strong growth, but have also become targets for mergers by family firms worldwide.

Take for example Bunge Limited, the world’s second largest sugar trader, based in New York and controlled by descendants of three different families. It plans to invest $2.5 billion in the Latin American country to boost its existing operations there.

Another classic example is the world’s largest eyewear group, Luxottica, which is 70% controlled by the Del Vecchio family. The Italian company announced in December its plans to acquire Grupo Tecnol, one of Brazil’s largest eyewear makers. The deal was worth around €110 million.

“Brazil is one of the few places in the world that has seen a growing economy, increasing opportunities and a relatively stable market,” said John Davis, chair of families in business programme at Harvard Business School.

“A lot can be assured of an investment in a family company in Brazil – they are professional, focus on quality, look at long-term growth and are fair to all stakeholders. There is a strong compatible relationship between foreign investment and family business,” added Davis.

The year wouldn’t be complete without some hard-hitting
news about ups and downs among family firms. The
recent list by CampdenFB on the fastest growing family
businesses in the world was one such boost for businesses.
It saw Argentina’s IMPSA take the first position, growing
by a resounding 115.6% between 2008 and 2010.
Magazine Luiza, a Brazil-based group controlled by the
Trajano family, was second with growth of 84%. The UK’s Willmott Dixon, Denmark’s Lego and American clothing retailer Forever 21 took the next three spots. 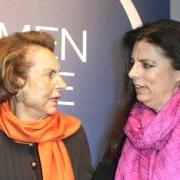 Some other companies were also not far from the limelight, but for all the wrong reasons. The L’Oreal family feud flared up once again this year, with heiress Liliane Bettencourt, France’s richest woman, being taken to court by her daughter. Bettencourt was declared to have mixed dementia and modestly severe Alzheimer’s, and was placed under the guardianship of her grandson, who will manage her vast €15 billion fortune.

The automobile-manufacturing world also saw a rough phase, with Suzuki looking to end its alliance with German group Volkswagen. The clash between the two family-controlled companies began after VW accused its Japanese counterpart of breaching the terms of their cooperation agreement.

This year has certainly not been without its share of excitements and downfalls. But what will 2012 hold for family businesses world over? Next week, read CampdenFB’s outlook on the year ahead to see what 2012 could possibly bring.