The growing number of Latin American ultra-high net worth families and an increasing international focus as the next generation go abroad for education, mean Latin America’s wealthy are re-balancing risk and returns, locally and offshore. The growing number of Latin American ultra-high net worth families and an increasing international focus as the next generation go abroad for education, mean Latin America’s wealthy are re-balancing risk and returns, locally and offshore.

Although Chilean businessman Andrónico Luksic Abaroa’s life did not quite qualify as a rags-to-riches tale – as a youngster he attended the Sorbonne, albeit briefly – his wealth was self-made.

The son of store owners, he built up an empire, Luksic Group, that took in telecoms, beer, mining, and banking and which, by the time of his death in 2005, had given him a net worth estimated at more than $4 billion.

His was a fascinating story that combined elements of chance – his first windfall came over a misunderstanding with the Japanese buyers of a mine he owned – a workaholic nature, and the importance of family. His wife and children, who now control his business and philanthropic interests, were said to have been key sounding boards during much of his career.

Luksic’s story remains exceptional – his business empire has often been described as one of the largest in Latin America – but many more businesspeople in Latin America are following in his footsteps by becoming individuals of substantial wealth. Indeed a 2015 survey indicated the number of billionaires in the region had jumped 38% in just a year to reach 151.

Campden Wealth, in partnership with Morgan Stanley, has carried out a detailed analysis of the region’s wealthy families in Risk and Return in Latin America, based on quantitative surveys of 45 ultra-high net worth Latin American family business executives and 12 interviews.

“It’s very important for us to have a direct dialogue with clients. We want to keep our finger on the pulse of what’s driving their decision-making [in their] family office, their structures and how they allocate capital,” says James Jesse, Morgan Stanley’s head of international wealth management.

The report looked at issues such as how families navigate the risks of doing business in Latin America and the challenges they face in managing investments as their companies and investments increase in size.

The report indicated that risk management, although seen by families as a priority in a part of the world where doing business can be challenging, was often poor in its implementation. Just 17% stress-test their portfolio each year, for example, despite the fact that 40% of families consider wealth preservation their key objective, ahead of growth at 31%.

As personal interests increase in size and complexity, a growing trend among Latin American families, says Jesse, is transitioning from a single family office to a multi family office, which offers benefits of scale and additional capital.

“Scale allows family offices to invest in a culture of compliance and best investment practices,” he says.

Families seeking positive social or environmental impacts from their investments is another emerging trend, with 91% saying this is somewhat, very, or extremely important. While only a minority of families have policies in place to cover the likes of philanthropy or socially responsible investment, 56% of families plan to develop them. The top areas of interest are healthcare, the environment, the arts, culture, and science.

Younger family members, who have often been educated abroad, have an increased interest in investments with a positive impact on the wider world; the report recommends involving them in choosing which areas to support. Jesse says these next-generation family members, when supporting philanthropic organisations, “don’t want to just write a cheque”.

The report has a number of recommendations for families separating business and family wealth risks. This can be done by employing different investments strategies, to professionalise wealth management and to take advantage of both local advisers, with their understanding of the idiosyncrasies of home markets, and international expertise, which offers access to global markets. 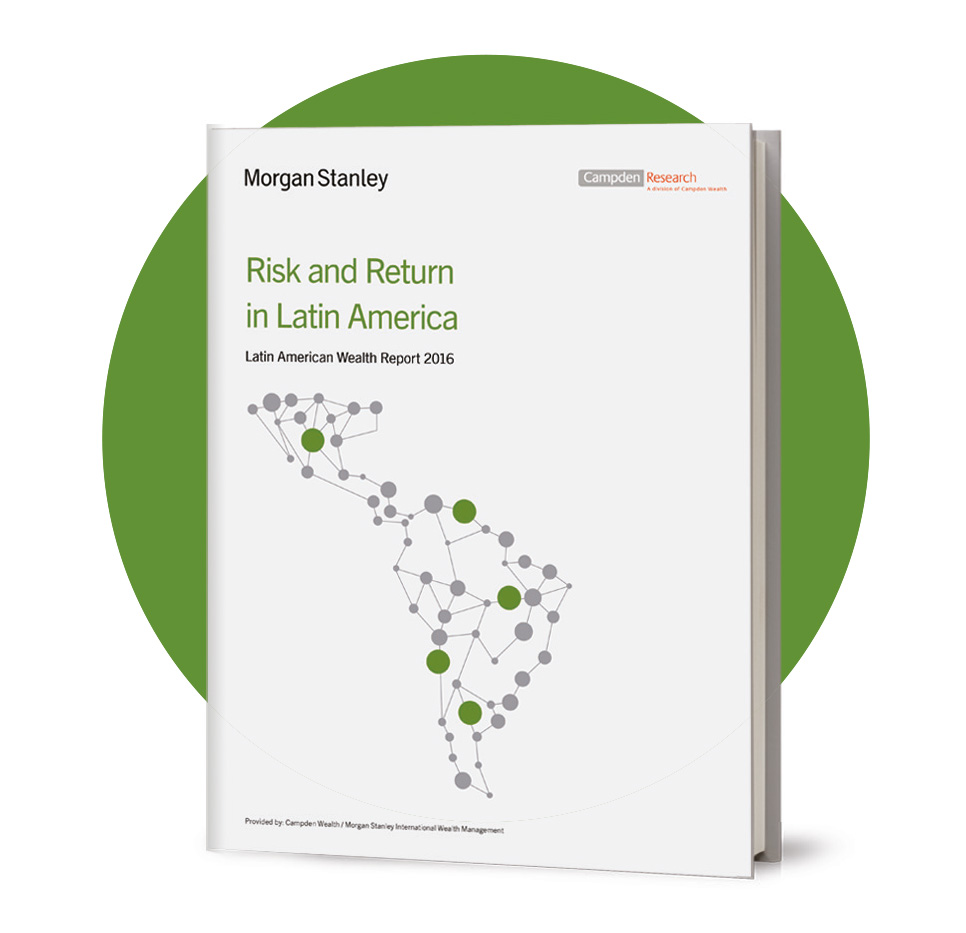 Meanwhile, advisers should engage business executives and offer to help set up single or multi family offices. There are likely to be particular opportunities for executives who are both running the business and managing the family wealth.

Morgan Stanley is positioning itself as Latin American businesses increase their overseas investments. In addition to having taken over 35 Latin American client specialists from Credit Suisse, the company aims to hire 75 advisers this year to help Latin American clients with US investments. This ties in with the US’s status as “the fastest-growing destination for offshore wealth” and the report’s finding that Latin American families tend to be much more positive about the prospects for the US economy than for their own economy. A total of 73% of respondents expected their home economies to decline or stagnate over the next year.

“There’s no doubt the US and North America has been the destination for investment over the last nine or 10 years,” says Jesse, highlighting factors such as the strong regulatory environment and geopolitical stability.

“The US has become the destination of international families in Latin America, Asia, and Europe when looking for a safe harbour.”