The family business model is taking hold in eastern Europe, but it is slower to develop in Russia. With the aid of proprietary research, CampdenFB looks at some of the trends in the region. The family business model is increasingly taking hold in eastern Europe, where second-generation businesses are blossoming and many company owners are committed to passing on to the next generation. But the evolution of the model is by no means uniform across all the countries in eastern Europe, and governance standards in many cases still leave a lot to be desired. Also, the model is being embraced less in the Commonwealth of Independent States, specifically Russia and Ukraine, where there is the most data. Here there is concern about political security, which is hampering the growth of family businesses.

Where the state is weak, family firms often thrive. This is certainly a big reason why family businesses have prospered in Italy, where a weak and often perceived as corrupt – whether rightly or wrongly – political system has ensured families, as a social and economic unit, have prospered.

The post-communist states of eastern Europe have often had weak and/ or corrupt political systems. And just like Italy, this has had the effect of thrusting the family entity forward as often the strongest unit of social and economic organisation in these countries.

The experiences of Bulgarian businesses are typical of the effect family businesses have had across eastern Europe in the space of a generation. A study published in 2011 by the Bulgarian national statistics office found that more than 40% of all Bulgarian companies are classified as family businesses. These enterprises generate around 20% of the country’s gross domestic product and employ 28% of the national workforce. 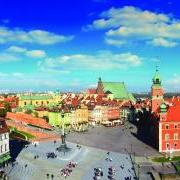 As family businesses take hold in eastern Europe, groups are being set up to represent and promote their interests. For example, in the last year, Poland (capital city Warsaw, pictured right) and Romania both launched branches of the Family Business Network. Clearly, there is much room for these groups and others to educate entrepreneurs and others about family businesses. As one respondent from Poland said: “We are still at the beginning of talking about this term ‘family business’. We have some big companies in Poland and we are trying to convince them that it is okay to call themselves family businesses, and it’s nothing to be ashamed of.”

Although these is little doubt that the family business model is increasingly being adopted in eastern Europe, in Russia and Ukraine many private sector companies are organised as classic emerging market entrepreneurial businesses.

Typically, such firms are interested in making quick fortunes, with little concern about succession to the next generation, let alone governance issues. Many of these companies are also often connected to the state and benefit from that relationship.

Russian entrepreneurs’ short-term attitude towards wealth creation is a contributing factor in their lack of succession planning. One of the survey respondents from Russia said: “I don’t plan for the future. I know I probably should do a bit more of it, but that is our culture. Our history has taught us that there is not much point in planning ahead. I think this will only change if our society becomes more stable and reliable.”

Another Russian entrepreneur said: “We don’t want our kids to work as hard as we did. We want them to have an easier, more enjoyable life in a safe place. Therefore, most of us dream of selling our business, which is a very worrying situation that needs more attention drawn to it.”

The survey found that this was in contrast to the sentiment among entrepreneurs in eastern Europe. Typically, they were keen to pass on the business to the next generation. For example, a Bulgarian entrepreneur told the researchers: “We expect to see the involvement of our children in the future ... We stimulate their interest and sincerely hope that we will see succession and at least some of them will stay in the family business.” 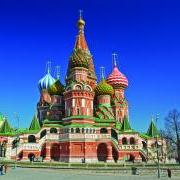 Entrepreneurs in eastern Europe were also less inclined to want to sell their businesses, compared with their counterparts in Russia (capital Moscow, pictured left) and Ukraine. There was a keen sense of stewardship among businesses in eastern Europe, with many saying they were against seeking external sources of finance, such as borrowing, private equity or listing. All those surveyed in the region were very keen to keep control of their companies.

A Hungarian company said: “[The bank] makes decisions much more slowly and this in turn slows down the growth of the business. They are listening less and more concerned about not making any mistakes.”

Most financial services providers working with entrepreneurs and family businesses in eastern Europe, Russia and Ukraine are taking more time to listen to concerns of companies, according to the findings of the report. And most firms felt happy with the financial advice they received, whether that advice was for the business, or personal. Nevertheless, they felt there was a shortfall of advice on succession and general family business governance issues.

Three companies that are typical of the “dynastic- will” trend, whereby first-generation entrepreneurs are determined to pass on the business to the next generation, are detailed below:

Polsat is a Polish media group, where 58% of the voting rights are held by the Solorz family, with the second generation involved in the management. It had revenues of €322 million in 2010.

BG Agro, a Bulgarian agribusiness, is majority controlled by the Nenkov family with second- generation involvement. The business had revenues of about €60 million in 2010.

Ilim Group, a Russian pulp and paper manufacturer, is at least 25% owned by brothers Boris and Mikhail Zingarevich. Ilim had revenues of €1.24 billion in 2010.

For more details on the report and to obtain a copy please go to www.campdenresearch.com