Covid-19 and the dawn of a new market era

The era of monetary dominance is over. Helicopter money signals investment regime changes ahead. The era of monetary dominance is over. Helicopter money signals investment regime changes ahead.

It was the avalanche we have long feared. From record peak to bear market, the S&P fell faster during the ‘corona crash’ than ever before, as the chart below shows.

At peak turmoil, conventional offsets (bonds, gold) proved flaky friends: investors sold what they could, not what they perhaps should. Specialist crash protections allowed Ruffer portfolios to hold their ground.

The virus is especially dangerous for those with underlying conditions. History’s longest bull market—living on a glut of borrowed money and time—was one such victim. The era of monetary policy supremacy is another. For long-term investors, this is game-changing. 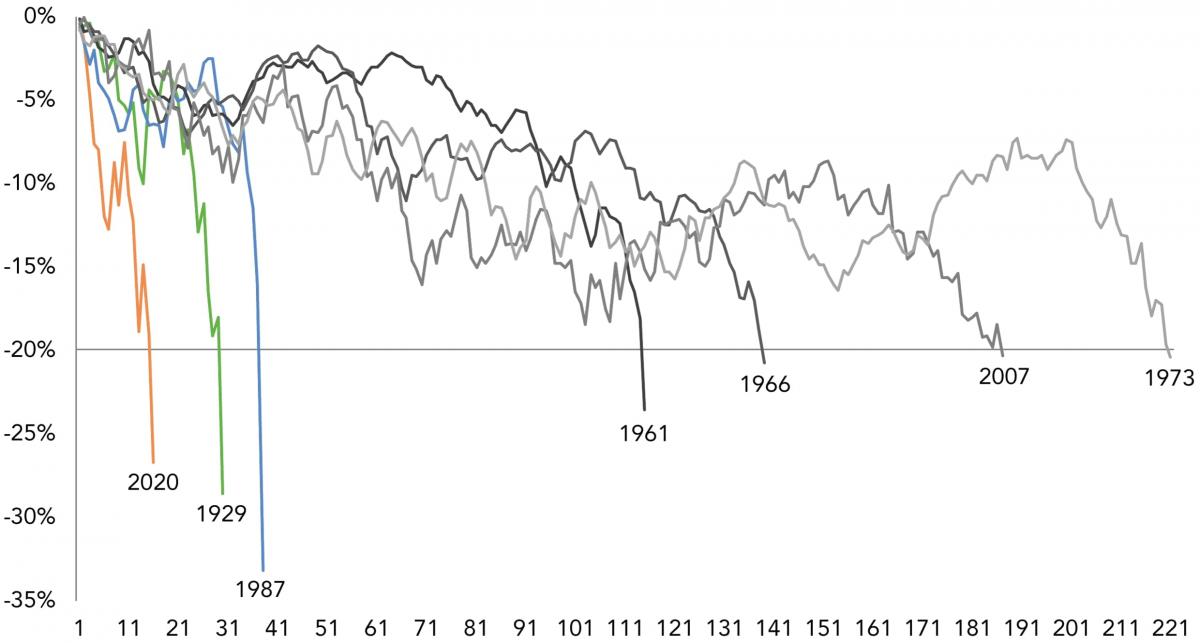 Since 1987, investors have been trained to ‘buy the dip’ by the Fed’s response to each market crisis: cut rates to fresh lows to support asset prices and the economy—the ‘Greenspan put’.

So with rates already at—or sometimes below—zero before the virus hit, central bankers’ cupboard of effective stimulus for a serious economic shock was looking bare.

On Sunday, 15 March, amidst extreme market turmoil, the Federal Reserve threw the kitchen sink at the crisis—rates to zero, massive quantitative easing. Stocks plunged the following day. This was the Fed’s ‘emperor has no clothes’ moment.

Monetary policy alone is impotent in the face of a simultaneous collapse in supply and demand—and markets knew it.

Enter ‘helicopter money’—central bank financing of governments’ fiscal stimulus of the real economy (eg tax cuts, infrastructure, furloughed wages, etc). It will be a hard habit for politicians to kick in our over-indebted and austerity-fatigued era.

During the credit crunch, monetary stimulus was aimed at the financial system, inflating asset prices. This time, fiscal spending will hit the real economy just as supply chains are reengineered for resilience rather than efficiency. 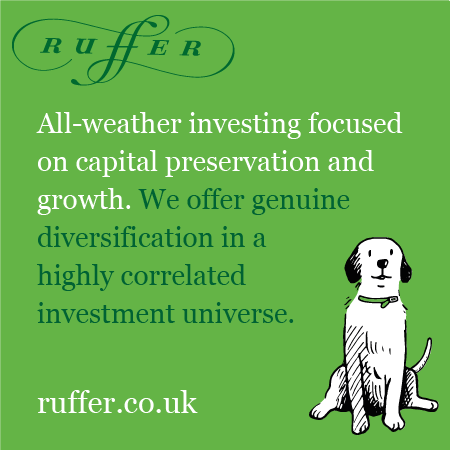 Longer-term, higher real world inflation is likely, even as rates remain nailed to the floor to make the Covid-19 fiscal blitz affordable.

This deeper financial repression could transform the investment landscape. For example, rather than offsetting one another, stocks and bonds could fall together if inflation rose materially. Investors would need to rethink core strategies.

The solution? We believe this needs to include inflation-protected bonds, gold, defence against further deterioration in credit markets, and the right sort of equities for a changing world. We own some of each.

Past performance is not a guide to future performance, investments can go down as well as up and you may get back less than you originally invested. The information contained in this document does not constitute investment advice or research and should not be used as the basis of any investment decision. References to specific securities are included for the purpose of illustration only, they are not a recommendation to buy or sell.

Related Content:
Jonathan Ruffer on how investors can navigate the coronavirus crisis
Dismantling the deflation machine

Why active ownership is here to stay
Ruffer Radio: A view from the bridge
The 60/40 portfolio: Losing its balance
New year, new investments in latest fund webinar
Amundi on private markets: A strong value proposition that may emerge reinforced after the crisis