As a long-term investment, renewable energy should appeal to families. Despite gloomy reports, there are still great opportunities. For investors eyeing clean energy, these can feel like nerve-wracking times. The headlines are daunting – solar panel prices plummeting, a steep drop in funds going into renewable energy and the high-profile failure in the US of solar company Solyndra.

The challenges are real. Some governments are cutting back the support meant to help the industry get on its feet, the direction of future policy is unclear in many nations and competition in the space is fierce. But for those with the foresight – and the nerve – to jump in while others sit on the sidelines, the lull in cleantech investing may offer a big opportunity, both for profits and the chance to help shape sustainable energy systems for the future.

The road ahead may twist and turn, but analysts and financiers in the field say the ultimate destination is not in doubt. With climate change looming, developing countries demanding energy to fuel their growth and fossil fuel prices rising, renewables are sure to ultimately be a big part of the energy mix. 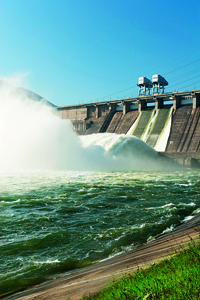 “I’ve devoted my life to this because I just don’t see any scenario under which resource use doesn’t continue to be critical to business and society,” says Nicholas Moore Eisenberger, a managing partner at Pure Energy Partners, a New York-based “venture catalyst” firm. “Ultimately, the trend is clear,” he says. “And like any other emerging space, if you are smart and you get in while prices are low, or if you have capital when others don’t, then you can make a profit.”

Will Blyth, an associate fellow at the Chatham House think-tank in London, agrees. “In some ways the long-run picture looks more predictable than the medium term,” he says. The area may be particularly appealing for family businesses, which often have the autonomy and the capital to back early-stage innovators. Because their intergenerational nature gives them a bigger stake in the future than share price-driven corporates feel, some also want to see their money make a positive impact. They know too that the economic and environmental implications of failing to cut carbon emissions are likely to hit their bottom lines in years to come, says Eisenberger.

“There’s a good history of family offices playing that role and being significant contributors to transformation,” he says. “This is exactly what happened in the internet boom; it was the family offices that were out front.”

But investors must know what they are doing before they jump in. It is not just a matter of finding a nice, green listed company and buying up shares. Indeed, clean energy stocks have performed poorly for the past four years, and are down 80% from their peak in November 2007, says Angus McCrone, chief editor at Bloomberg New Energy Finance, which tracks the sector.

Calling angels
Many opportunities are individual projects backed by venture capital funds, or in need of an angel investor. That means potential returns are determined by the specifics of the deal and local conditions.

“If you’re investing in a company or a group of companies, you really have to understand what they are doing and what technology they are trying to build or sell, or what type of projects they’re trying to develop, and where, because it is so geographically dependent, by country and region,” says Judy Chang, head of the renewable energy practice at the Brattle Group, consultants in Cambridge, Massachusetts. McCrone echoes her. “One of the lessons of the last few years is it’s a very competitive sector, so people have to choose their investments incredibly carefully,” he says.

That expertise might reside in-house at a family office, or more likely come from a skilled investment partner or adviser. Eisenberger’s firm, Pure Energy Partners, has joined with California-based Sonen Capital to build an international network of about 30 large family offices interested in renewable and cleantech investments.

There are plenty of potential pitfalls. One of the biggest risks comes from the uncertainty of government policy. Around the world, officials have struggled to create long-term frameworks for the regulations and incentives that play a key role in clean power’s early growth. The credits are likely to be trimmed or eliminated in many places. And the failure of international negotiators to replace the flagging Kyoto climate treaty with a stronger agreement has deprived the sector of another potential source of clarity.

Price drop
Natural gas prices have dropped sharply in the US, thanks to new techniques used to extract gas from shale rock, muddying renewables’ claim to offer energy that would ultimately be cheaper than fossil fuels.

Equipment oversupply is another problem. Thanks to huge manufacturing subsidies from the Chinese government, solar panel prices have dropped sharply. While that’s good in the long run for those wanting to make use of them, it has hit manufacturers hard. The US government lost most of a $528 million (€407 million) loan when Solyndra declared bankruptcy in 2011, and there have been other high-profile failures.

After heavy activity around renewables and clean tech in the middle of the last decade, venture capitalists are wary and many have stepped back. Bloomberg New Energy Finance reported in October that worldwide investment in renewables was down 20% in the third quarter of 2012 from the same period a year earlier, at $56.6 billion. That put 2012 on track to become the first year in eight years that investment in the sector fell.

McCrone says, though, that despite that slowdown, renewable energy remains one of the fastest-growing sectors around: “It doesn’t mean it’s easy, but if you can spot a company that’s going to do very well, there can be excellent returns.”

Goldman Sachs said in May that it would channel $40 billion into renewable energy and energy efficiency projects over the next decade, saying the sector offered an opportunity comparable to tech in the 1990s and Bric country investments in the early 2000s.

“If I was running a family office, I would be rubbing my hands, saying: ‘This is amazing’,” says Brian Steel, co-director of the Cleantech to Market programme at the University of California Berkeley’s Haas School of Business. “There’s an amazing opportunity, because the venture capitalists are kind of in the midst of this first-round fatigue, and they’re by and large sitting on the sidelines.”

Many renewable power investments, says Cameron, involve physical assets like wind turbines, which reliably generate a steady revenue stream. Others are protected from market turbulence by government-guaranteed rates, which are generally safe even when policy changes mean smaller payments for new entrants. “They’re not that risky,” Cameron says.

Bric boost
While the earlier phase of renewables investment often involved capital-intensive, large-scale power generation projects, opportunities now are more diverse. Because the so-called Bric countries and other developing nations must dramatically expand generating capacity to support their economic expansion they are seen as a big area of opportunity for energy investors.

Across Africa, south-east Asia and Latin America, many countries are seeking to boost local generation, bringing cheap, clean power to villages that are not connected to the grid. Investors might work on projects aimed at providing solar photovoltaic capacity to a region dependent on diesel generators, or converting waste to energy. 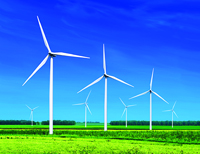 Another big area is energy efficiency, particularly in real estate, where Cameron says building owners can earn premium rents by making properties greener. Cleantech and clean web applications are also a growth area. They stand at the intersection of renewable power and information technology, where companies are using tech tools to make power systems smarter. The iPod-like Nest thermostat, for example, gives homeowners increased control over their energy use. Sungevity uses satellite imagery to give potential customers a fast quote for solar panel installation without sending a technician.

“There are opportunities for family office investors to either be very entrepreneurial and get in and really roll up their sleeves, or to stand back a little bit further and say: ‘Who has packaged something in a very robust way?’ through a more traditional investment vehicle,” says Eisenberger. Edgar Bronfman Jr has backed a company co-founded by Eisenberger’s father, Columbia University physicist Peter Eisenberger. The firm, Global Thermostat, has developed a technology that it thinks can remove carbon dioxide from the atmosphere. Bronfman’s son, Ben, helps run the company. “There’s still this need for this more entrepreneurial, early stage (super angel) who is willing to identify what they think is a truly audacious idea, and to back it and stick with it because they want to leave a legacy and because they think it will be successful in the long term,” Eisenberger says.

Steel thinks that long term may not be so far off. As the effects of climate change grow increasingly apparent in the next five years, he predicts that companies working on low-carbon solutions are likely to profit. “If you sit around and wait for the herd in Silicon Valley and elsewhere to finish licking their wounds and get back into the space,” he says, “you’ve probably waited too long.”