CampdenFB announced the winners of the Families in Business Awards 2013 last night at the Cercle National des Armées in Paris – recognising family businesses that excel in governance, stewardship and business. Finnish automotive company Broman Group has taken the top honour at this year's CampdenFB European Families in Business Awards, while Spanish fashion and fragrance house Puig has been recognised with the inaugural lifetime achievement award for its exemplary stewardship of the third-generation business.

Held at a gala dinner at the Cercle National des Armées in Paris in association with Societe Generale Private Banking, the annual awards recognise European family businesses that excel in stewardship and governance, as well as the business of business – revenues and profit.

Second-gen managing director at Broman Group Eero Broman was on hand to receive the award for top family business, which recognised the company's rapid revenue growth and expansion in recent years. The firm has seen revenues increase from €126 million in 2009 to over €200 million last year.

Accepting the award, Broman, who was joined on stage by his daughter Outi, said he was surprised and honoured to see the company founded by his father celebrated with the top accolade. 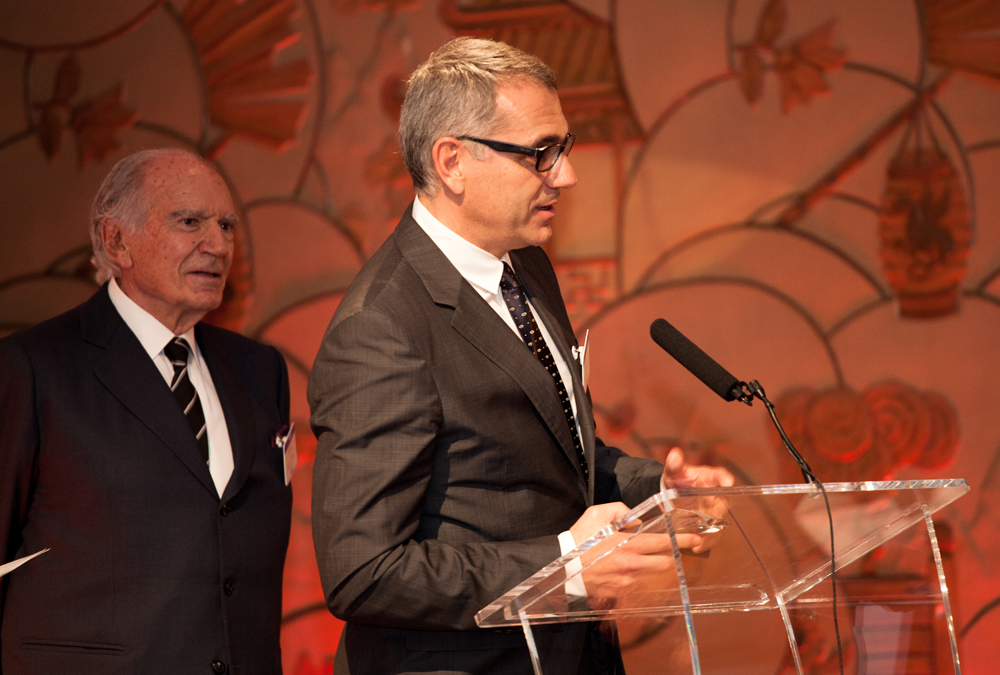 Two generations also joined the stage for the presentation of the inaugural lifetime achievement award, with third-gen Marc Puig and his father Mariano (pictured, right) accepting the accolade on the behalf of the Spanish family’s eponymous fashion and fragrance company.

The business, which controls brands such as Paco Rabanne, Nina Ricci and Carolina Herrera, has handled the transfer to each successive generation with exceptional professionalism and continues to be profitable, despite the fallout from the economic crisis.

Talking about one of the ingredients of the family’s success, Marc Puig said: “We arrive always at a consensus even if we do not arrive there in agreement.”

“I have been CEO for nine years, and a day doesn’t go by when my father or one of his brothers doesn’t call me to ask how things are going and it’s an honour to learn from them.”

She said: "When I joined the company I thought I was joining to help for three years and in the end I fell in love with the business.” 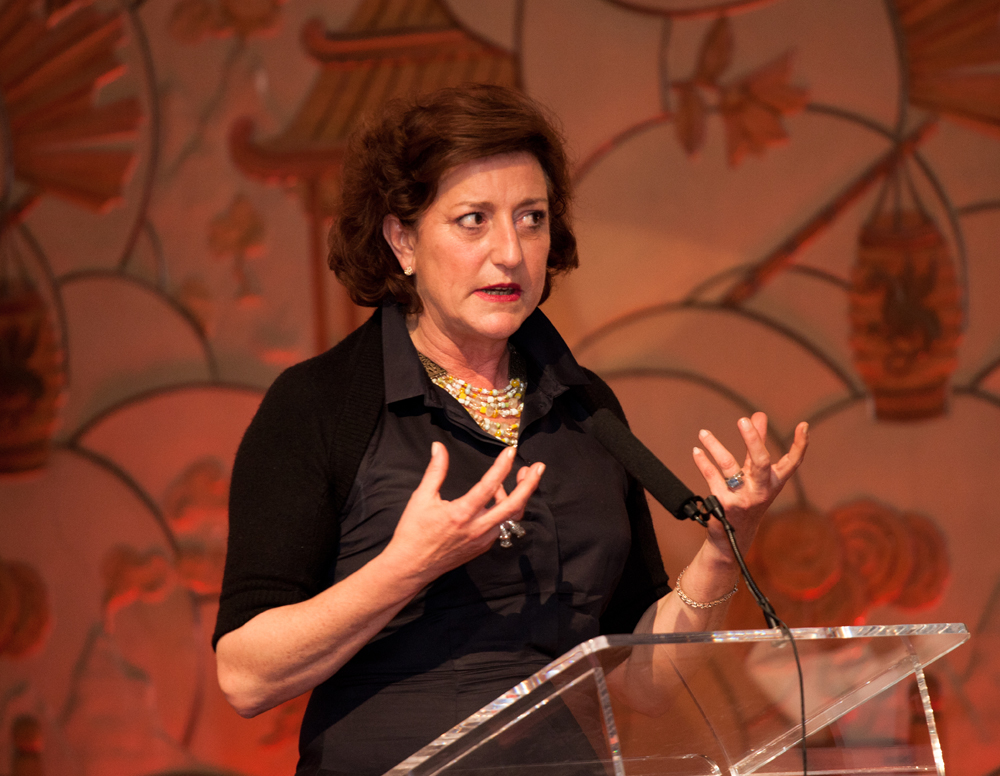 A trained lawyer, Coisne-Roquette has championed the family business model and driven the company's international expansion, particularly in Asia and Latin America.

The top sustainable family business award went to Swiss Vestergaard Frandsen – a third-generation family firm that makes vital products such as mosquito nets and water filters affordable for people in the developing world.

She said: “We are honoured to be recognised as a sustainable family business – especially as our products are made to improve the lives of people in developing countries. Our products save lives, and if access is not sustained it leads to illness, disease and even death.”

With professionalisation increasingly vital for the success of family businesses, it is important to recognise the hard work of non-family managers employed in the unique family business environment.

Michele Norsa (pictured, right), chief executive of the Ferragamo Group since 2006, took the award for top non-family director for his role at the Florence-based luxury goods group, where revenues have increased 86% in the last three years. 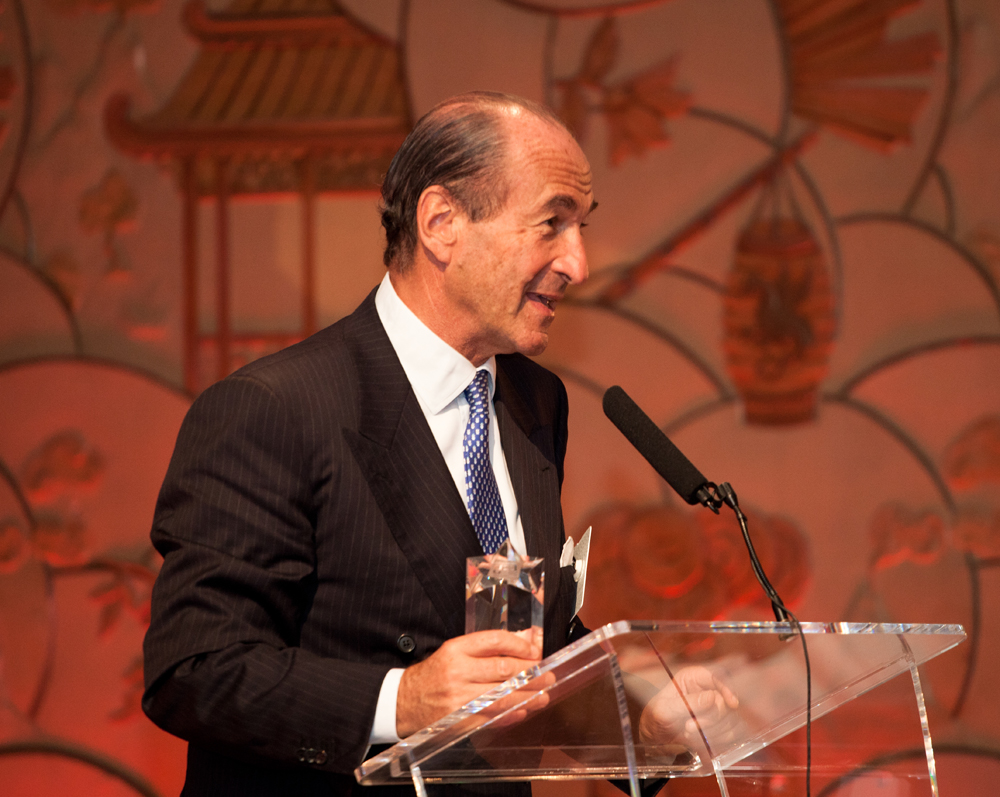 Collecting the award he joked: "I have just realised I have been working in family businesses for 40 years, I have become a professional at working with families.”

He added: “In my past years with Ferragamo I probably achieved my best performance because I learned so much from other families.”

The title was jointly awarded to the Lavazza brothers – Giuseppe and Marco – of the eponymous coffee company, and Thilo Wersborg of laser engineering company Precitec.

The Lavazza brothers also fell victim to the air traffic controllers’ strike and were unable to attend the ceremony, but Serge Merlet, Lavazza’s director for France was on hand to collect the award.

Thilo Wersborg said: "I think half of your success belongs to the people standing close to you, so half of this award belongs to my wife. I hope to live up to this ‘rising star’ award and keep on rising.”

David Bain, editorial director of Campden Wealth, and one of the four judges, said: “These family businesses are examples to all businesses. Indeed, they are examples of family capitalism that works for the business owner, the employees and even the wider society around them. We salute their achievement in winning these awards.”

To find out more about the awards and see pictures of the ceremony, click here.

To find out more about the winners and the other nominees, click here.