Members of Germany’s oldest family-owned business were the surprise winners of the Lifetime Achievement Award at the fifth annual European Families in Business Awards in Berlin in June.

The Prym family, German controllers of their multinational company Prym Group, were invited to the stage to accept the special prize to the applause of more than 100 family business owners, associates, and experts from around Europe.

Nicholas Moody, editor of awards host CampdenFB and one of the six judges, said the Lifetime Achievement Award was only presented when a family business was especially deserving.

“In this case, the family showed a great deal of courage and unity to stay together when close to 500 years of history was at stake,” Moody said.

“In 2008, the German family business was close to the brink with outside forces pushing the family to sell their shares, instead it came together and resisted the pressure using good governance, creating a partner committee and shareholding committee to pursue a family strategy and preserve the 15-generations-old business.” 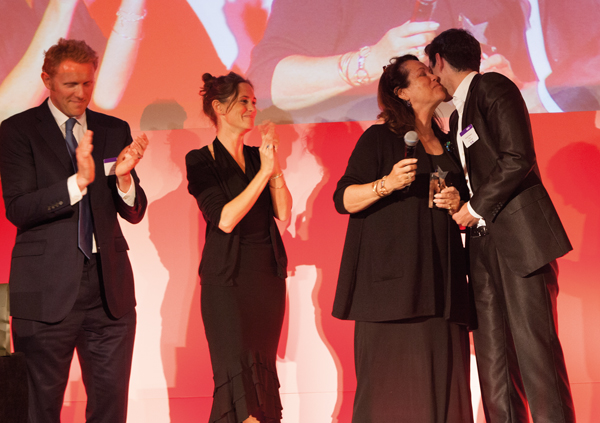 Family and board member Andrea Prym-Bruck and her two adult children, Catharina Prym, herself a previous European Families in Business award-winner, and Michael-Dominic Prym, were all smiles as they took to the stage.

Prym-Bruck gave an emotional speech, referencing their decade-long struggle to save family ownership of the eponymous family business.

“I think it was a team achievement because without support from my closest family and without them taking a role, I would not have had the strength,” she said after the awards ceremony. 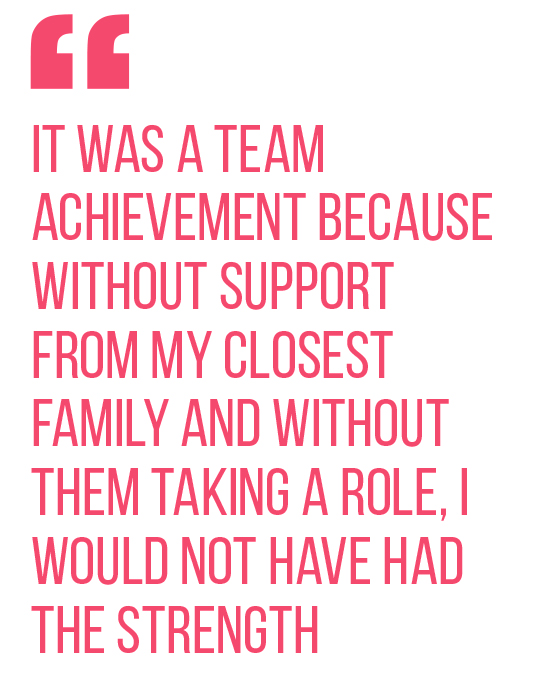 “It is not only about me, it is about a whole group of people and a little bit of luck in the end.”

Goldsmith Wilhelm Prym set up a business to manufacture brass and copper in Aachen, on the German-Belgium border, in 1530.

Compère Adrian Wooldridge, management editor at The Economist, opened the eagerly-anticipated awards with an impassioned speech, begging family businesses to drop the veil of secrecy and share their “fantastic” stories with journalists.

Stefan Messer, chief executive of the eponymous German industrial gas manufacturer, accepted the award for Top Sustainable Family Business, telling the audience: “I can see that there are a lot of fantastic family businesses in the crowd and we are very pleased to accept this award.” 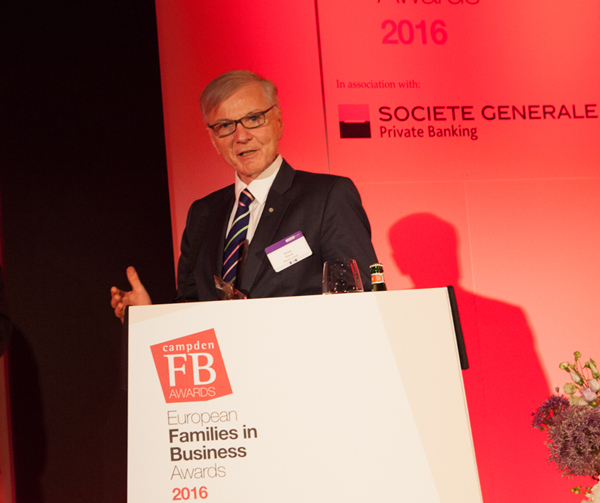 Speaking after the ceremony, Messer said: “Our company will be 120 years old in 2018 so we are an old family company in Germany, with a lot of hiccups because we waited a long time, 40 years, to buy back the shares from the giant chemical company Hoechst in 2004 and become again a 100% family-owned company. So to win a prize like this makes us very happy.”

Members of the Mack family, who have worked in the amusement industry for 235 years, were welcomed to the stage to accept the Top Family Business Award. Michael Mack, who also won the Top Next-Generation Entrepreneur Award alongside Britain’s Cameron Saul, of Bottletop, spoke about the company’s latest innovations, including a virtual reality rollercoaster and the introduction of the first two Michelin star restaurant in a theme park.

Discussing his Next-Generation Entrepreneur Award, Mack said it was difficult to step up and really grow in accountability, when he and his brother took on responsibility 10 years ago.

“It is nice that you can prove to the older generation that you are able to bring great products to the market and step out on your own path while combining history with something new,” he said. 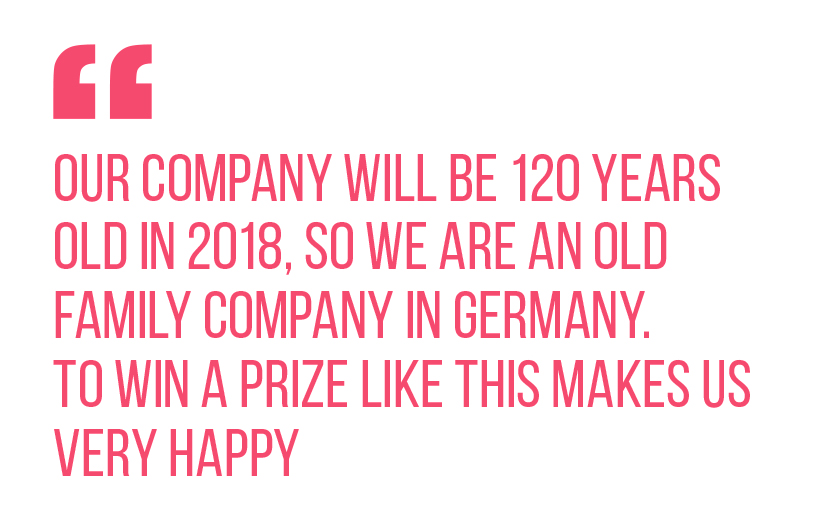 Salvatore Ricco, director of communications at the CIR Group, accepted the award for Top Non-Family Director on behalf of Monica Mondardini.

The evening celebrated European family businesses that excelled in stewardship and governance, as well as revenue growth and profits, as judged by six international family business leaders and specialists. 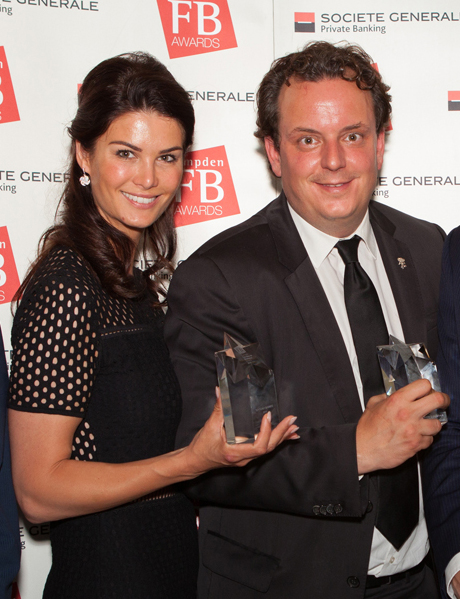 SGPB head Jean-François Mazaud said Société Générale was “very proud” to be associated with the celebration of European family businesses.

“They are truly the backbone of the European economy and must be praised for their critical role in terms of job creation, social cohesion, and innovation.

“Congratulations to all the winners who embody values – long-term vision, sense of responsibility and risk-taking – that are essential in our society.” 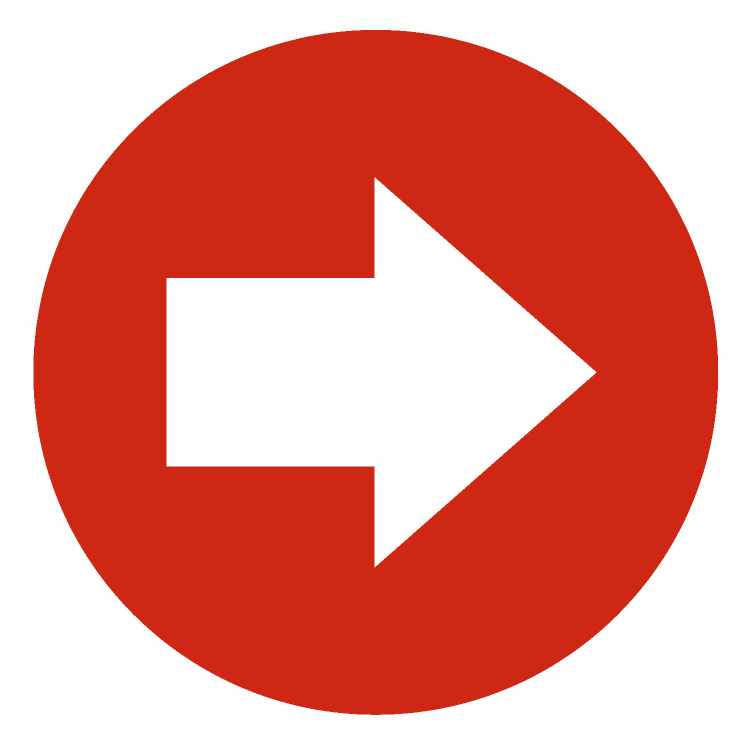