LVMH’s $3.2 billion acquisition of luxury hotelier and travel operator Belmond is a major strategic turning point that will open up a whole new market for the world’s largest luxury company, one expert suggests. LVMH’s $3.2 billion acquisition of luxury hotelier and travel operator Belmond is a major strategic turning point that will open up a whole new market for the world’s largest luxury company, one expert suggests.

LVMH (Moët Hennessy Louis Vuitton), owned by the Arnault family, has agreed to buy Belmond as it pushes into ‘experiental’ luxury.

“Belmond already had a wealth of existing activities and holds a portfolio of real estate and experience activities that allow LMVH to become a major actor in the luxury experience sector in a very short period of time,” said HEC professor Gachoucha Kretz.

Kretz (pictured right), a marketing strategist with expertise in brand management who previously worked at Arthur Andersen and L’Oreal Paris, said for the family business it means growing the conglomerate into a mightier luxury powerhouse reducing dependence on service providers and partners.

“LVMH is moving forward at a lightning speed into a luxury lifestyle one-stop-shop for luxury consumers and particularly ultra-high net worth individuals.”

Kretz said the French business is standing out from competition in that it does not focus on fashion (like Kering) or watches and jewellery (like Richemont) or does not bolster a branded house like Chanel or Hermès.

“This strategic move makes the group more resilient to crises and global challenges and extends the brand portfolio to an astonishing number of more or less 80 brands across seven business categories and all continents,” she added.

“Its heritage, its innovative services, its excellence in execution and its entrepreneurship resonates well with the values of the [LVMH] Group,” he said.

LVMH was founded in 1987 by Arnault and he has long positioned his heirs in pivotal roles within the group. 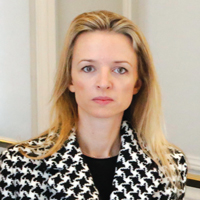 Youngest son Frederic (23) was appointed to strategy and digital director at TAG Heuer in September 2018 and his brother Alexandre was appointed co-chief executive of German luggage maker Rimowa at the age of 24 in 2016.

Delphine (pictured left, 43) is the director and executive vice president of Louis Vuitton, and was the youngest person to join the LVMH board in 2003. Antoine (41) is the chief executive of Berluti and chairman of Loro Piana, both part of LVMH.