Next-gens from two big family businesses tell CampdenFB how an off-chance meeting at a conference helped them unleash their inner entrepreneur. It was November 2006 and Facebook was quickly becoming a firm student favourite. In Belgium, at a family business conference, undergraduate student Edouard Thijssen, a fifth-gen member of the Aliaxis Group, found himself in a room with relatives he barely knew. He got talking to former investment banker Edouard Janssen, whose family owns chemicals company Solvay – and they had a eureka moment.

The result was TrustedFamily – a social media platform for family businesses.

Education is important, but experience is essential. I finished my course at Solvay Business School in 2000 and then took a gap year to travel around the world. After a few internships, I ended up at Morgan Stanley. Having been in London for a few years, I strongly encouraged Edouard [Thijssen] to, let’s say, take that risk with TrustedFamily because I had the Anglo Saxon system in mind. They study for fewer years and sometimes one learns much more by having a hands-on experience than by studying in a class.

There are tricks to every trade. When we were very young – between 12 and 15 years old – my brothers and I were encouraged to grow vegetables and sell them at the marketplace. This was a lot of fun, but it also taught us some of the tricks. For example, some people sold vegetables wet so they were heavier (and cost more) – it was a surprise when we discovered that.

Work-life balance is easier outside of Morgan Stanley. After three years in investment banking, many people leave – go to private equity or into industry, or go a little early to do an MBA. My next step was Solvay. I have a very interesting job there, and I certainly spend fewer nights and weekends in the office than at Morgan Stanley.

Getting the right balance is important. Having two co-founders in a company – one who works full-time from the beginning and the other one who doesn’t work full-time – has to be managed carefully. One thing that creates a balance is that [Thijssen] is paid a salary and I’m not.

You don’t have to do everything on your own. When we first started TrustedFamily, we were helped by a famous Belgian entrepreneur, Jose Zurstrassen, who is very specialised in online security – he founded the first online bank in Belgium. He had the skill-set we needed. 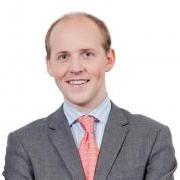 Valentine’s day isn’t just a lesson in love. My first entrepreneurial experience was in high school when I had to create a mini company with classmates. For St Valentine’s Day, we found, marketed and sold red [natural rubber] dice, which you could roll and there were nice messages on different sides. That was my first experience with entrepreneurship and I really enjoyed it.

My MBA is on the backburner. I was planning to do a two-year master’s at Solvay Business School, but also applied to LSE for a one- year course. So what I negotiated with my family was – I take one year off and work on this project and then I go to LSE and in two years’ time, I’d have a similar degree and I’d still have been able to work on my project. My family was supportive but in the end I never went to LSE, because we had made significant progress. But I could still go do an MBA one day. Good things take time!

I always had a passion for technology. That started when I was young. With TrustedFamily, I can combine one of my very big passions – technology – with the family link and the family business background.

It’s hard to disconnect from work. As an entrepreneur, there is no barrier between the work and your personal life. You basically have ideas all the time in your head. It really becomes part of everything you do. During the weekend, when you’re supposed to be doing something else, you’ll remember something about work. That is sometimes difficult to manage.

Entrepreneurship is at the heart of any family business. Family businesses start off with an entrepreneurial drive and this is the legacy that you have, that you think about. In my family business, no family member works full-time at the company. There are board positions and progressively the next-generation members will probably take them up. But this leaves next-gens with more time to follow their passion.

Priyavrata Mafatlal: Leadership is earned, it’s not a right
FB Roundup: Rihanna, Naguib Sawiris, Nicky Oppenheimer
The greatest trend of them all: Reading the tea leaves for 2022 and beyond
Fostering family dynamics that boost entrepreneurship
How family investors can reap what they sow in vertical farming with Vertical Future