Brewing fortunes are not uncommon. But few of these fortunes have been turned into such a successful family office as Quilvest. Campden interviews its chief executive. When Otto Bemberg set up a brewery in the Argentine town of Quilmes after leaving his native Cologne in 1850, he would no doubt have been pleased that a century and a half later the business he started would produce Argentina’s biggest selling beer, with 75% of the market, that it would sponsor the national football team, and appear in trendy bars the world over. He’d also be chuffed to see a family business in its seventh generation. As a savvy businessman, he might have been even happier that, through its investment arm, the family firm would also spawn one of the world’s largest family offices.

Quilvest, which has $22 billion (€17.1 billion) under management, including $4 billion in the private equity arm, almost 400 employees and 13 offices globally, started life in 1917 in Paris to look after the family’s wealth. These days, Quilvest is divided into two. One side is a multi family office with around 4,000 clients – around 100 of them use it as a one-stop-shop family office, while most of the others use it for individual investments. The other is a private equity house, which has been investing since 1972. And interestingly, the family, which now consists of around 150 members, is still intimately involved with all aspects of Quilvest.

Quilvest’s current chief executive is non-family member Michel Abouchalache (pictured, right), an affable Frenchman who has been in his job for 11 years. Sitting in the understated but elegant Mayfair office – the main one is still in Paris – he explains that the family still controls the “strategic direction of the groups and the businesses”. Quilvest’s board consists of eight people – five members, two people appointed by the family and him. “They are heavily involved,”he says. “We meet four or five times a year and are more involved and informed than a normal board, which is what you would expect from a family who takes it seriously.”

Taking it seriously means that the family ensures that its interests are aligned with its clients’ money. At least 20% of the money invested in every single private equity deal comes from Quilvest, which manages the family money, so family wealth is in the mix. They have, as they say, skin in the game. There is a “tremendous alignment of interests with everything we do, all of the products we propose to our clients are products that the balance sheet of Quilvest has been investing in,” Abouchalache says.

They’ve got plenty of experience in the space. “The family and the group were already doing private equity in the US, Asia and Europe in the 1970s, they really pioneered the asset class, and the global approach to this asset class.” These days Quilvest’s main areas of investment are real estate and emerging markets. About a quarter of the investment is in Europe, and most in North America. Over the decades, it has been involved in over 300 fund investments and 150 direct ones.

Abouchalache makes a good case for private equities being a good fit for families. There’s a cultural fit between families and private equity, he says, because families usually made their money in business. “Private equity is an asset class at the intersection of finance and entrepreneurialism,” he says. “It’s much easier if you tell an investor that we took a million from [them] and we used it to open this restaurant, then a second and a third. There is a bigger rapport, a bigger feeling of ownership, than if you tell that investor: ‘I bought IBM’, or ‘I put you in a 70% long, 30% short macro hedge fund’. Most of them can’t relate to that. The beauty of private equity is that it puts them close to home.”

Also, private equity is an absolute returns-oriented business. “I always say you can only make a rich family poor, you can’t make them rich,” says Abouchalache. “That’s a simple statement, but the reality embedded in it is that you have to make up for inflation, and spending, and the growth of the family through the generations and you have to make up for the increasing purchasing power. So not making them poor involves making a certain absolute return. Private equity so far has proven to be the highest absolute return asset class.” He advises clients to be 40 to 50% invested in illiquid assets. “When you are rich and have a big portfolio you can afford half of that not being immediately available, knowing that the premium for liquidity is better absolute returns.”

Well, perhaps. Isn’t private equity over-hyped? It made good returns pre-2008, but these days fundraising is hard, as general partners are unwilling to invest in another round until they see some money back from the last one. In these markets, it is far harder to make big bucks on a trade sale, never mind an initial public offering. “Returns have diminished, and the premium over public markets is lower all the time,” Abouchalache admits. Plus, he says, the crisis has delayed distributions by an average of 24 to 36 months. But he is an optimist.

He says that in the boom years he was worried about sovereign funds, banks and institutions flooding the industry. The fact that much of that money has now dried up is a good thing. “We are better off than we were in 2007 or 2008 at the peak,” he insists. “There has been a slow-down of funds coming in, and some have struggled to raise funds. So the crowding effect has diminished or even completely stopped.” Isn’t he worried that things are moving too slowly? “If the exits materialise in the next year, you could have a more dynamic industry,” he says. Lower returns are nothing to be scared of. “Private equity has matured over the past 40 years. Now it’s more crowded, more intermediated, IT plays a role, and journalists, and all of that means it became more efficient.”

So where is he looking for deals? He has no truck with those who say that there is easy money to be made in emerging markets. “We have as many general partners in China today as in Europe, and 80 to 90% of Latin American activity is concentrated on Brazil, so whoever says China and Brazil are not developed private equity markets is wrong.” Europe is tricky, but there are opportunities; northern Europe, especially Scandinavia, has performed well.

And in the south, “if you take a 15-year view, then things like Spanish real estate are appealing.” He is also interested in high-quality distressed assets, such as trophy real estate from troubled owners. So there’s no shortage of interesting deals out there, and he is confident that private equity offers returns. “Our view is that the public markets will make 5 or 6% over the next five years, and private equity 12%. That’s not the 30% we were used to in the 1970s,” he admits with a chuckle, “but it’s still good.” And if it doesn’t go to plan, at least they’ve got easy access to some decent beer.

On the Middle East
"A trend we are seeing is the second generation taking over – men and women in their 40s and 50s who are Europe or US-educated, more open to the west, more sophisticated, and who have a different approach to wealth management, family offices and so on. Coupled with that is the Arab Spring, whose consequences nobody can predict. It could take 20, 30, 40 years to unravel. This has created a bit of uncertainty in the minds of Middle Eastern investors. A few years ago, when you spoke to Middle Eastern ultra-high net worth individuals they were very hesitant to diversify their wealth overseas. These days you might hear them say that they might be better off if they put 20% of their assets outside, whereas before it wouldn’t be shocking to see a family 95% exposed to the Middle East." 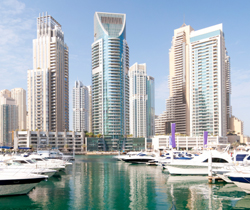 The Middle East
"A trend we are seeing is the second generation taking over – men and women in their 40s and 50s who are Europe or US-educated, more open to the west, more sophisticated, and who have a different approach to wealth management, family offices and so on. Coupled with that is the Arab Spring, whose consequences nobody can predict. It could take 20, 30, 40 years to unravel. This has created a bit of uncertainty in the minds of Middle Eastern investors. A few years ago, when you spoke to Middle Eastern ultra-high net worth individuals they were very hesitant to diversify their wealth overseas. These days you might hear them say that they might be better off if they put 20% of their assets outside, whereas before it wouldn’t be shocking to see a family 95% exposed to the Middle East."

Latin America
"Clearly you are seeing more inflows from Latin America, you are seeing countries such as Chile and Colombia who are opening up their regulation to allow pension funds to invest in private equity. Now there are rumours that Brazil might open up too, so you are seeing more and more European managers, including ourselves, who are now courting these institutional investors in Latin America. Chile, Peru, Colombia and Brazil have buoyant economies; wealth is being produced and is going to be invested globally, and the region tends to be serviced by Europe."

Asia
"We are seeing ultra-high net worth individuals and families touring the world looking at investments. There is tremendous wealth being developed and sooner or later regulation will ease up and you will see big flows of money. Family offices and wealthy individuals are starting to want to know more about the West and its investment ways. China is a bit more complex, it’s not certain yet whether the Chinese will be allowed to invest their money outside the country, or how easy it is to move money in and out."

The family Bemberg
The Bemberg dynasty began with Otto Bemberg, who was born in Cologne, Germany, in 1827 and emigrated to Argentina in 1850. Here, he married Maria Ocampo, the daughter of a local landowner and started an import-export firm sending Argentinean textiles and cereals to Europe. 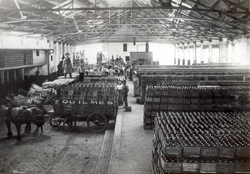 In 1860, Bemberg founded his first brewery, the Franco Argentina Brewery (his father was of French descent). Soon afterwards he left for Paris, where he was the Argentinean consul until 1867. While in France, he founded the Brasserie Argentine Societé Anonyme and had his son study brewing in Munich (shots of the brewery in 1910, pictured).

Back in Argentina, Bemberg established agricultural colonies in the Santa Fe province, before starting the Quilmes brewery in Buenos Aires in 1888, which started producing beer in 1890. It soon started acquiring competitors and before long was the country’s biggest brewery. 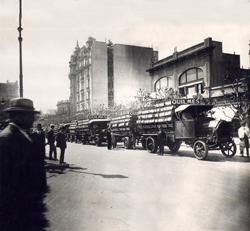 After Bemberg died in Paris in 1896, his son, Otto Sebastián, took over the business, later passing it on to third-generation Otto Eduardo. He is said to have had a premonition of the Wall Street Crash of 1929 in a dream two months before it happened, sold all his shares and bought 400 tonnes of gold. His hard-to-please father apparently said: “I knew you would.”

The Bembergs have long been central to Argentina’s life, and have had powerful enemies. When Eva Perón, wife of the dictator Juan Perón, made a trip to Paris in the 1940s legend says that the family snubbed her, refusing to let her stay in their homes. The Paris press loved the story, and mocked Evita.

It was in retaliation, goes the story, that her husband confiscated the Bembergs’ property. Whatever the reason, President Perón certainly disliked the Bembergs, likening them to Al Capone for creating a beer “monopoly”, and called the founder “Otto don Bemberg”. Their property was returned under a later regime.

As well as being successful in business, the Bembergs have an artistic streak. Otto’s younger son Herman was writer of operas, and his granddaughter María Luisa Bemberg was one of Latin America’s foremost feminists and film directors.