In the past four years family offices have been consistently over-optimistic about their future investment performance when contributing to The Global Family Office Report. Is behavioural finance the answer to more effective forecasts or should they put more effort into predicting other indicators? Nicholas Moody reports In the past four years family offices have been consistently over-optimistic about their future investment performance when contributing to The Global Family Office Report. Is behavioural finance the answer to more effective forecasts or should they put more effort into predicting other indicators? Nicholas Moodyreports

Forecasting the future is a poisoned chalice. Just ask Michael Fish. In 1987 the then BBC weatherman infamously assured the British public there was no hurricane approaching southern England “but it would be very windy in Spain”.

That weather event became known as the Great Storm of 1987—the most destructive since 1703—which left 18 people dead and caused damage that when converted into a 2017 equivalent totalled £5 billion ($6.6 billion).

Fish continued to serve as a forecaster at the UK Met Office until 2004 however, the term “Michael Fish moment” entered in to British popular culture and has been applied to public forecasts, on any topic, which turn out to be embarrassingly wrong.

While the consequences of investment forecasting doesn’t result in danger to life and limb, collectively family offices have been doing a poor job of assessing investment returns.

In the 12 months before The Global Family Office Report 2016 every single asset class underperformed expectations including cash, with the biggest disappointments coming from equity-linked assets.

How are family offices currently projecting their performance?

Interviews with family offices in last year’s Global Family Office Report 2016 suggested that the process of forecasting is fairly rudimentary in many cases—in one case, involving a couple of datasets and a trend line.

A legitimate challenge for family offices is whether they need to be accurate with their one-year forecasts given their multi-year investment horizon. Indeed, the chief executive of an Asia-Pacific single family office noted: “We don’t spend a lot of time forecasting from a quantitative point of view. We do spend a lot of time thinking about the future outlook from a qualitative point of view, and the trends and directions. To us that is far more important.”

One board-level adviser to family offices says within sophisticated family offices “there is a lot more forecasting around how much risk they can afford on the downside. The focus has shifted from returns to risk budgeting.”

Meanwhile some families have little interest in forecasting at all. The managing director for one prominent New York family says it does no forecasting: “Never have and probably never will”.

This leaves much room to question if there are better ways of predicting performance, if understanding behavioural biases can help, or whether family offices should give it up altogether.

Richard C Marston, James RF Guy Professor of Finance at Wharton School at the University of Pennsylvania, admits he is not sure family offices differ that much from other institutional investors. 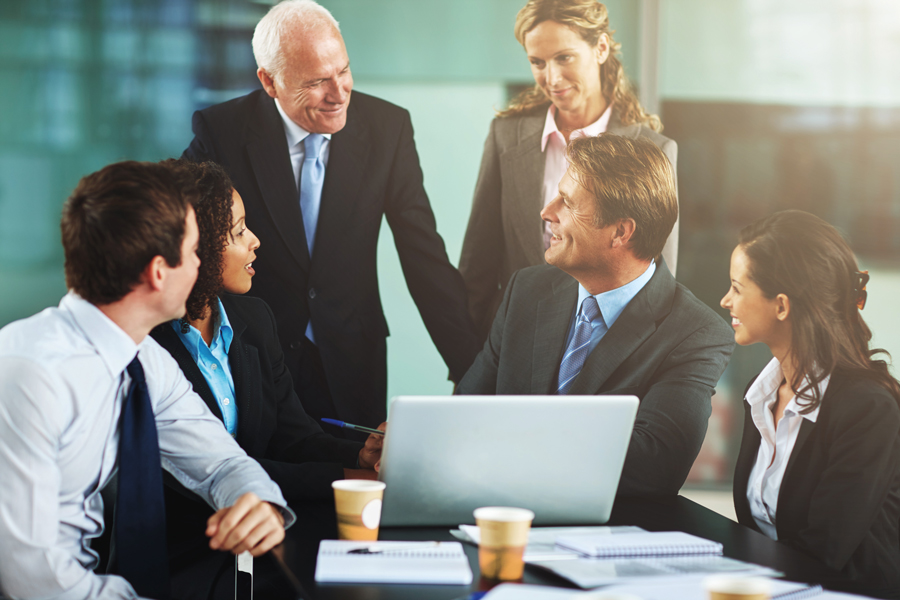 “Pension plans and endowments also have trouble coming to grips with what Bill Gross calls the ‘New Normal’ of lower stock and bond returns,” Marston says.

Yale University’s endowment is still predicting real bond returns of 2% and real stock returns of 6% over the next 20 years.

“Yale is one of the most successful institutional investors over the past 30 years, yet it still believes that it can achieve the types of returns that we have earned over the last 60 years,” he says.

Marston wonders that if US growth has truly slowed down, as well as growth in the other industrial countries, and if the US, European, and Japanese populations are aging, how can family offices earn the same robust returns we have earned in the postwar period?

“Don’t expect family offices to adjust to the new reality any faster than institutional investors,” he says.

Could behavioural finance then hold some of the answers on how to tame this unpredictability?

One expert suggests that before asking how families can improve their forecasting, they need to start by asking how the wealth was originally made.

“You have got to start with the psychology of the founder or patriarch that created the family office. And then say ‘Okay, given that base [historic] psychology, how does it affect the office’s assumptions about the future risk-return environment and the family’s lifestyle expectations?’” says Ian D’Souza, a teaching professor of behavioural finance at New York University’s Stern Business School of Finance.

How a family office generated its wealth impacts a cocktail of biases they bring to financial decision-making from optimism bias to the inter-group effect. 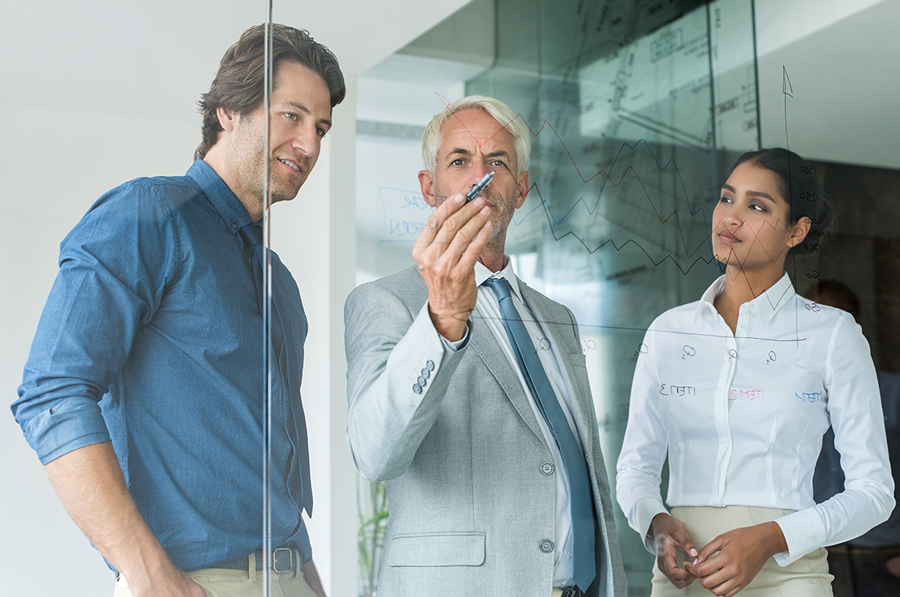 D’Souza says his first question is how did the family office get its wealth?

“Did it come from a one-off operating business sale, serial entrepreneurship versus managing a fund, versus real estate, versus biotechnology? Each of those have different core competences and skills when it comes to future investments and portfolio allocation.

“I do not go looking for biases, I go looking for sources of wealth generation that then led to the creation of this family office which then set the “implicit and explicit” future expectations.”

An Australian, D’Souza spent six years working up from a specialist sector analyst to a chief investment officer for a North American family office with more than $1 billion in capital, before joining NYU Stern. There he was a founding member of the NYU Stern Family Office Council which has grown from 20 NYU alumni to more than 200 members in its first three years. The council’s function is to foster a collaborative non-commercial network between NYU faculty and global family offices to enable unique research, tailor-made education, and student mentorship.

When asked for a plain English definition of behavioural finance, D’Souza explains it as the integration of psychology and standard (rational) finance models so that human biases and errors can be incorporated into otherwise spreadsheet-based investment decision-making. This can be practically stated as ‘where Net Present Value meets fear and greed’ or “the difference between Mr Spock or Captain Kirk making an investment decision, using Star Trek parlance”, he jokes.

One of the reasons family offices over-estimate their investment returns can be because of optimism bias and the inter-group effect, D’Souza says.

“When a family has derived their wealth from the sale of a core operating business, they control and make a lot of decisions around micro-variables such as product pricing, supply chain, employee levels, timing of exit etc. It is their own business and the external factors that can affect their business are a subset of that depending on the businesses uniqueness. If they could generate wealth that way, then they may likely project an over-optimism bias for decision-making around non-operating (non-core, non-control) investments [which includes a false illusion of control on many macro-variables]. 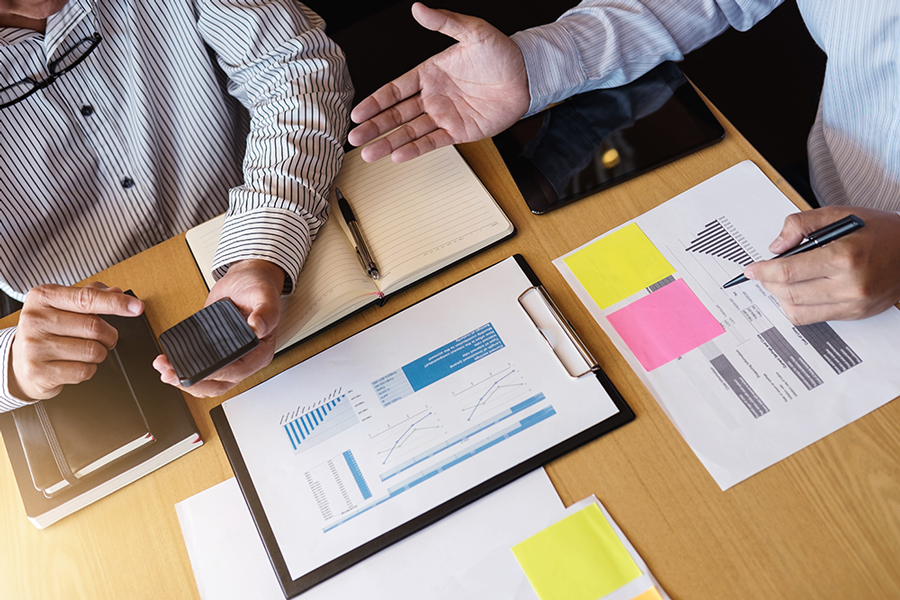 “There could be another family group who have made their wealth through running financial businesses where understanding portfolio risk and return is a daily part of their decision-making. They may not suffer over-optimism bias, due to an understanding left-tail risks, but they may suffer from excessive risk management due to loss aversion around inter-group effect and miss right-tail (home run) situations.”

But D’Souza cautions against automatically viewing any single bias as a negative trait. Biases do not exist in isolation and some biases can counteract others.

“To have the wealth that created the family office in the first place means the founders have a very strong set of core skills that may be tilted or skewed where biases were overcome in the wealth accumulation process. When allocating that wealth, the idea should be to recognise if the founders want to continue utilising their skills, in what capacity and when to diversify across assets (and by definition reduce concentration around founder biases).

“For family offices that are a number of generations removed from the founder, the importance is to have a board or investment committee that can review the actions of the family office investment staff over time to ensure there is continuous adaption relative to the office’s long-term objectives.”

Should principals let geopolitical disrupters, such as Trump and Brexit, influence their decision-making?

D’Souza recounts his various experiences as a board member for certain family offices where select members were letting potential behavioural biases overwhelm investment decisions based on the results of the US election of President Trump or the UK’s decision to leave the EU.

“Some people simply did not like the political result,” he says.

“And so they automatically had a great distrust of the movement in the market. And that distrust was born out of political beliefs, not out of economic fundamentals. The economic rationale existed but was ignored or relegated in importance. If revenue, margins, and earnings are growing domestically and globally, if unemployment is decreasing, if taxes are going lower, and risk premiums, rates, and inflation stay low then valuations should increase. However, you may not politically like certain results, and so you have a political bias that is superseding the economic fundamentals.”

D’Souza explains this then has a secondary effect: because you disbelieve what is happening, you are waiting continuously for a correction in the market and therefore feel less inclined to invest and profit from any subsequent market gains. The black swan, an unpredictable (usually negative) event, is suddenly and continuously being predicted.

Does D’Souza then have any suggestions about how to separate out psychological and rational economic drivers of decision making?

His suggestion is refreshingly low-tech.

“One of the most important things I do is write memos to historically document the nature of the investment conversation around the decision-making process. Think of it as movie script complete with emotional cues and tones to describe the feelings of participants when discussing and prioritising any fundamental points. And it is done without pointing fingers at anyone. 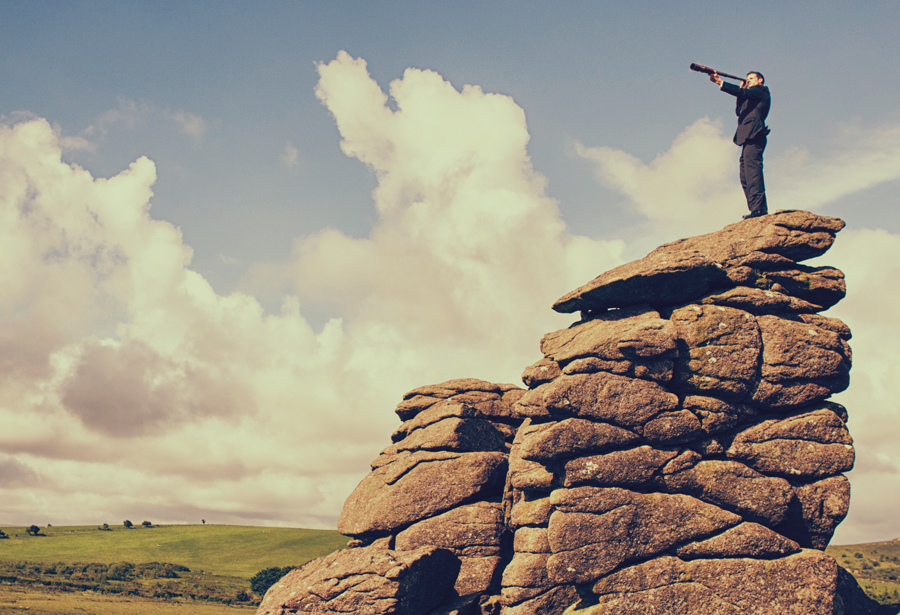 “Putting a time stamp is really important. If it is kept confidential and internal, it creates a battery of data points that will be able to tell you in the future whether or not you are making repetitive errors,” he says.

“As long as family offices do not necessarily act on biases, without understanding consequences, there isn’t anything wrong with having opinions. It is when you act or overtrade on a particular bit of incomplete or anchored information that mistakes happen.”

D’Souza’s ultimate suggestion is avoid predicting future asset class returns at all, rather forecast family office costs [lifestyle expectations] and plan around that. You can then backsolve return expectations and whether it is feasible.

“You cannot predict the future. However, a family office can understand their spending patterns. They can understand their cost structures in terms of their family and future generations. That part they can control to some extent. Once you analyse that, you create a margin of safety, and then that margin of safety will allow you to think through what risk-return you need to take to be able to create the type of investment environment you need to support your family and their future generations,” he adds.

Here, family offices can count their blessings. Unlike Michael Fish, millions of people are not counting on them to get their forecasts right.