Most global equity markets have recovered sharply in the last year, but that doesn’t mean family offices are piling in, as many of them still remain wary of risk. Campden reports. Don't mention the B-word – Bernanke. When the chairman of the Federal Reserve suggested the Fed was starting to think about winding down its asset-purchasing programme investors started heading for the exits, and US equities – not to mention assets in emerging markets, which had benefitted from the global search for yield – nose-dived.

But not for long. Since the blip that immediately followed Bernanke’s musings on quantitative easing investors have shown an extremely bullish attitude to equities, at least American ones. An average of $2 billion (€1.5 billion) was pumped into US equity-based exchange traded funds every day in the first half of July, and $17 billion went into equity-based mutual funds, according to fund data provider EPFR. Risk appetite is on the up, it seems. 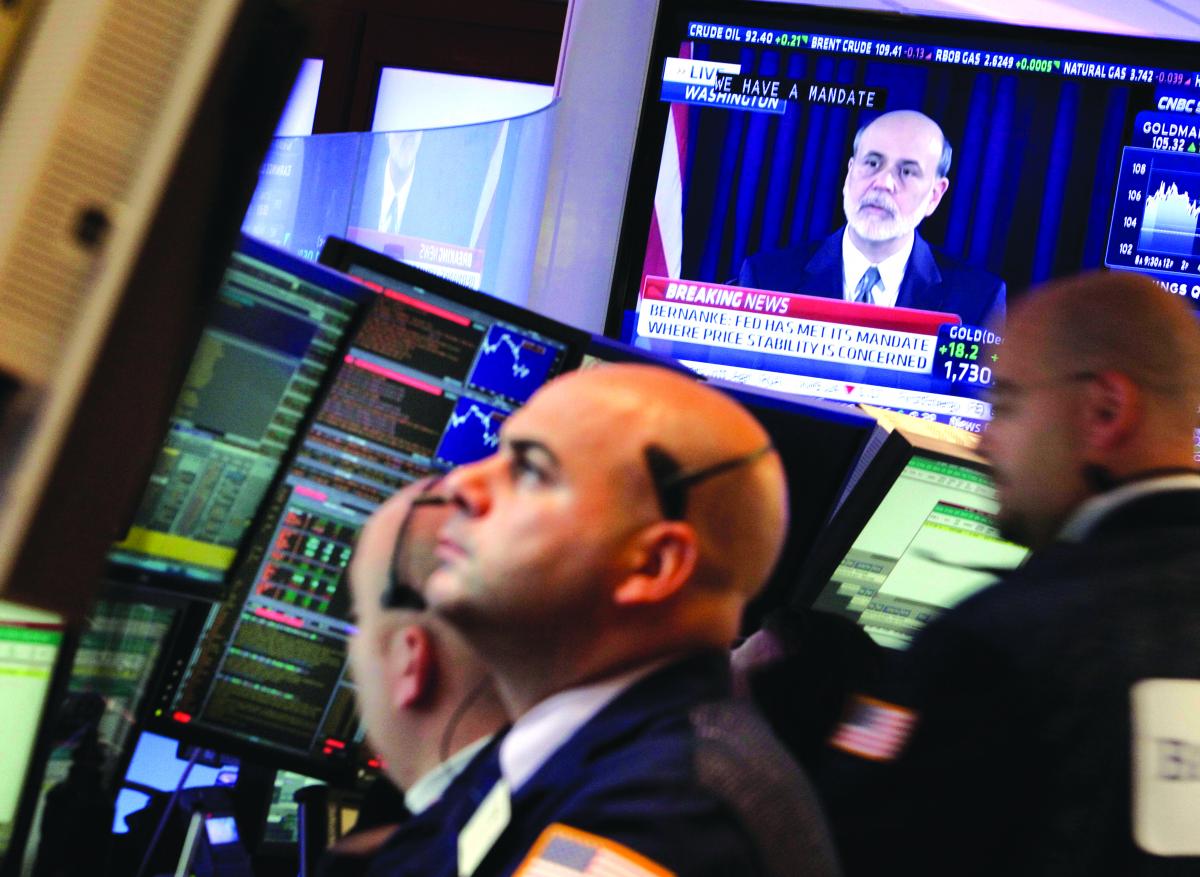 It would also appear the view that equities have been pumped up by QE has been widely rejected, and investors believe the current high valuations are justified by fundamentals. If they’re right, that’s great news. But it’s also possible there’s some wishful thinking going on. You don’t have to try too hard to find people who believe investors are in denial about the effects of QE, and are throwing money at equities out of a lack of options. (Ben Bernanke pictured on screen, right).

A private banker, who didn’t want to be named, recently said he’s been warning clients that equities carry a QE risk. “It’s like a doctor telling a patient they have to lose weight,” he said, “they ignore you, and ignore you and eventually you say, ‘You have to lose weight now, or you will die!’”

How are family offices reacting to this landscape? John Veale, chief investment officer of multi family office Stonehage Investment Partners reckons his clients’ risk appetite has increased since the start of the year. He says although the eurozone still faces macroeconomic risks, these are far below the level in 2011 when a “Grexit” was being widely predicted. “We retain an overweight position in equities because we feel valuations give us reasonable compensation for the slightly elevated level of risk we see in this market,” he says, adding that a lack of returns from bonds is also acting as a push: “We don’t see rising inflation as inevitable and therefore don’t feel we are being adequately compensated for risk in traditional bond markets.”

The private debt market is also interesting, says Veale. “We have seen yields on offer that are significantly higher than for publicly-traded bonds which we feel have similar levels of risk,” he says. “There is a liquidity risk here in that there is often no secondary market for these positions, but we feel we are being particularly well rewarded for taking on this type of risk and are willing to increase our exposure as a result.”

He points out that in this market it is important to differentiate between the risk a firm has, like going bust, and the bond-holder losing their money, and a case where there is negative sentiment around a firm, but it will still generate enough cash flow to pay back its bond.

Dan Briggs, chief investment officer at multi family office Fleming Family & Partners, says valuations and expectations have changed considerably since September of last year when equities were “very attractive” compared to fixed income. “There were understandable investor concerns back then about risk assets because of European political and currency troubles and budget uncertainty ahead of the election in the US,” says Briggs, adding that the once-a-decade leadership changeover in China added to the mix. 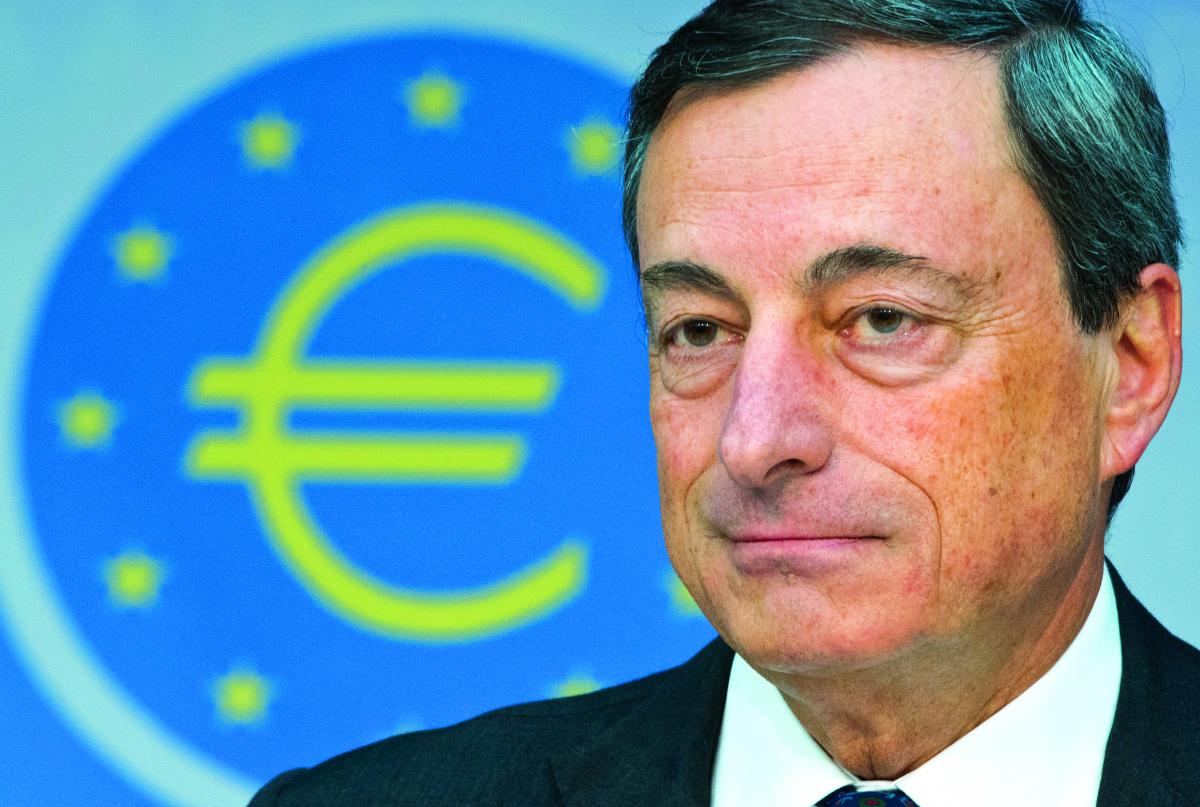 Once the US election had been decided and the fiscal cliff issue was deferred at the end of December, investors were happier to take on risk. Moreover, in Europe, comments by European Central Bank president Mario Draghi (pictured, left) that he would do “whatever it takes” to revive economies and markets eased worries about the Eurozone. What followed was “probably the best mid-economic cycle rally for 50 years,” Briggs says.

He says until the end of quarter the first FF&P was bullish about equities because of the liquidity QE is providing. By April, however, they felt equity valuations had moved ahead of underlying fundamentals and took profits. Cash holdings doubled to 10%, and hedge fund allocations are down from 25% three years ago to between 7 to 8%, mainly in so-called commodity trading advisers and macro strategies. Hedge funds’ costs are too high in a low-returns world, he thinks. Briggs says portfolios were invested up to 10% in gold at the start of the year but this was sold over the first quarter. He favours private equity and alternative investments such as airline leasing, infrastructure and catastrophe insurance.

Laird Norton Wealth Management’s chief investment officer Robert Benson says they have been underweight in European equity markets due to the ECB’s reluctance to go beyond increasing liquidity to deal with the currency crisis. He thinks that US equities are attractive relative to most other asset classes. “Strong corporate balance sheets (which include sizable cash holdings and a growing economy that can support consumer spending) make exposures to US corporations attractive,” Benson says, adding “these same factors combined with low default rates make high yield bonds an appealing asset class within the fixed income universe as well.” 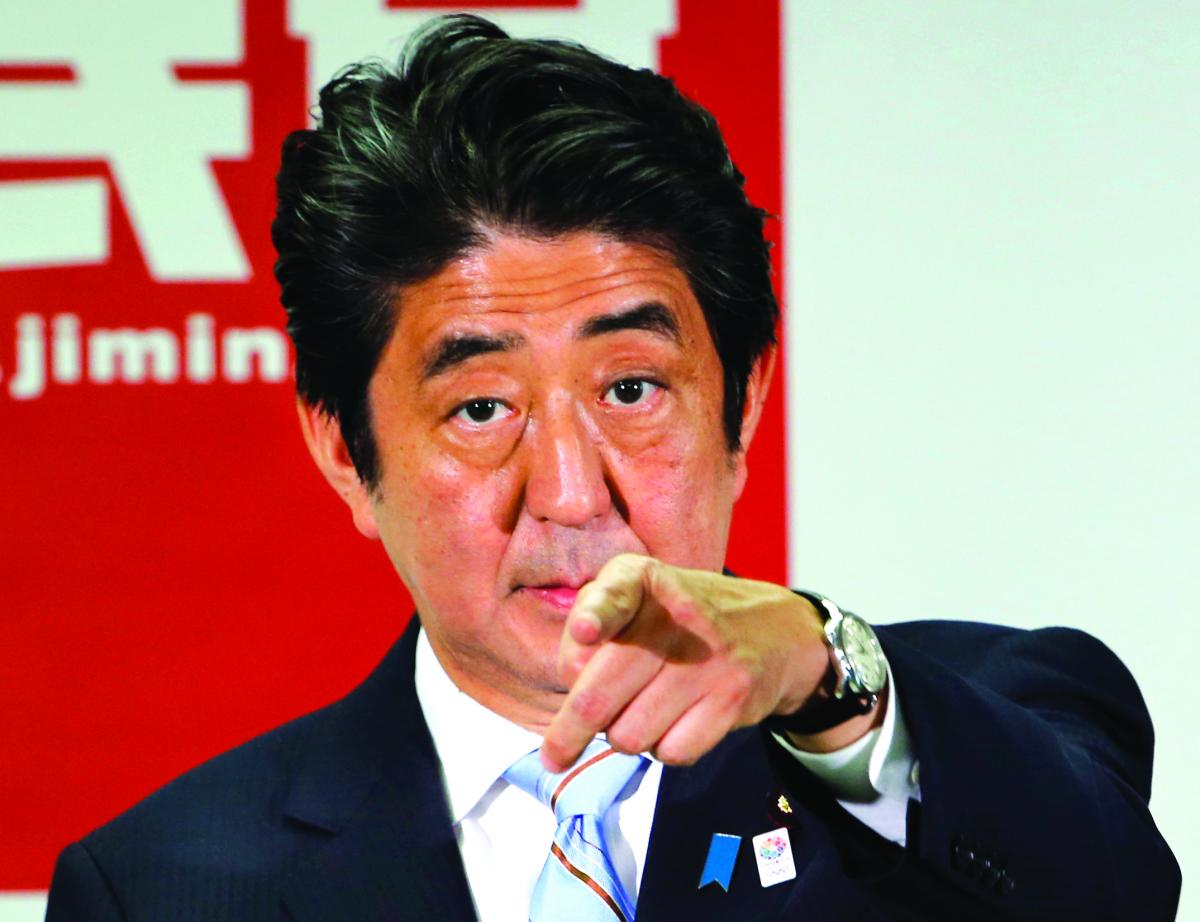 Some are looking to Japan, and the Abenomics experiment, which has proved so popular with the electorate there. “We have recommended an increase in exposure to Japanese equities, as we believe the monetary policy measures taken by the Japanese authorities have the potential to stimulate economic growth,” says chief investment strategist Mike Murgio of wealth management firm GenSpring Family Offices. (Japan's prime minister Shinzo Abe – architecht of the "Abenomics" economic regime – pictured, right.)

Interestingly, he says that the firm has also “recommended an opportunity in special situation, liquidation claims from distressed situations ensuing from the 2008 financial crisis,” an area that has generated a lot of interest in the US, but has so far seen very few returns. 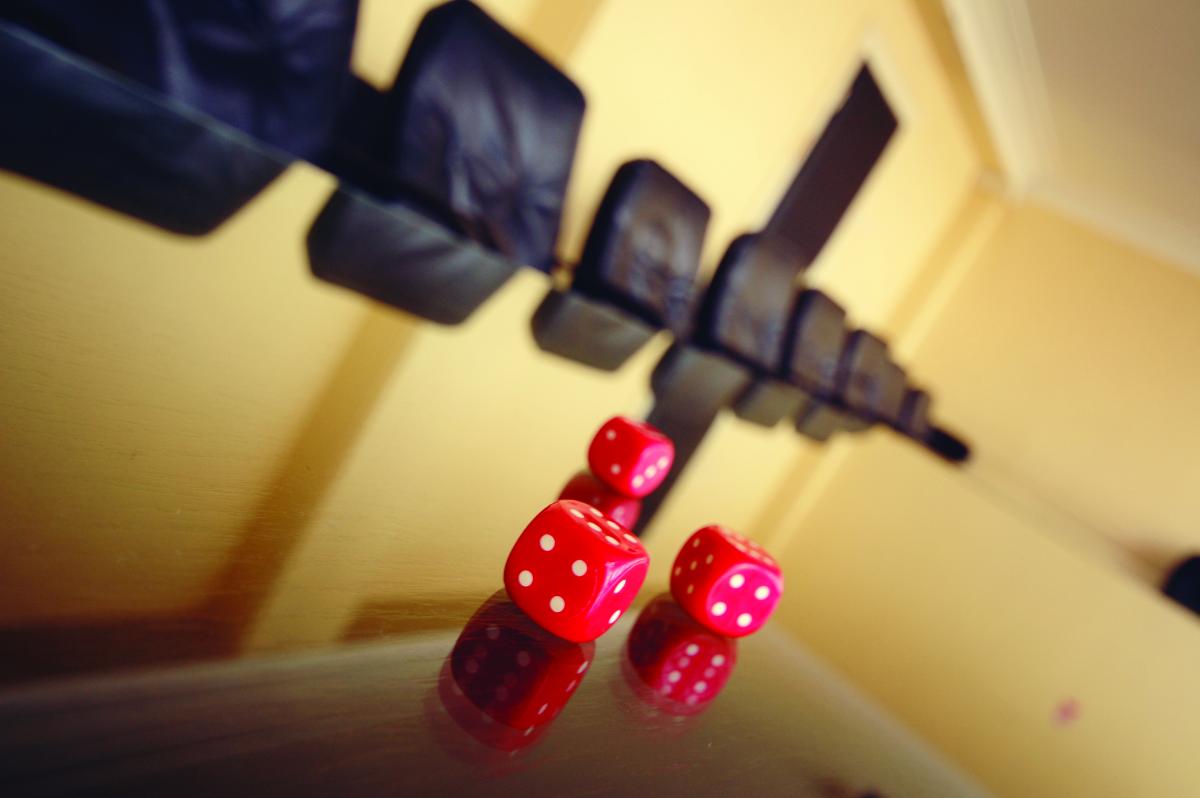 Walid Chiniara, managing director of Dubai-based Family Business Advisory Group says that while most Middle Eastern family offices are conservative in their approach to investments, there is growing appetite for diversification and expansion internationally as well as locally and regionally. “There is still interest in opportunities elsewhere in the Mena region,” he says, “but internationally we are seeing families looking towards the east and away from the traditional locations of western Europe and North America. Many have identified opportunities to divest their portfolio and they feel there are common values with some Asian countries.”

The majority of single family offices in the Middle East continue to favour real estate, equities and fixed income, according to Asher Noor, the chief financial officer of Al Touq Group, a Saudi single family office. “However, those with a better understanding of investments and a longer time horizon have a decent private equity portfolio split between direct investments and private equity funds. Hedge funds remain an opportunistic play for most.”

He says the risk appetite of family offices in the region is not fundamentally different to those in any other part of the world. “As the world’s investors have evolved from the quest for capital growth to a capital preservation mindset, regional family offices have followed suit.”

What does this snapshot of the family office world tell us? That equities are unappealing to them, except perhaps Japanese ones, and that those with a longer-term view are looking to increase their exposure to private equity and alternative assets, not including hedge funds, which have fallen out of fashion. But two of the big stories so far this year have been the increasing inflows into US equities, as mentioned above, but also the move from emerging markets into frontier ones – because they tend to be illiquid and reliant on a small number of stocks these markets tend to be far riskier, but saw inflows of $2.27 billion from May 2012 to May 2013. Are family offices missing a trick?

Probably not. Family offices and other investors are all reacting to uncertainty, but doing so in different ways. Those in family offices have kept cooler heads and maintained their long-term perspective.

Many others have defaulted to exactly the sort of investing that behavioural economics tells us to expect in that situation – namely, panicky short-termist thinking, fiddling with their portfolios and investing in something which they feel familiar with, that is, US equities, or taking a punt on something they hope will be a silver bullet in the form of frontier markets. The “Great Rotation” is here, but it’s not necessarily rational. Given the massive uncertainty as to what will happen when QE ends, this shouldn’t be seen as a strategy somewhere on the risk appetite spectrum, but as pathological. There’s another B-word that can’t be mentioned right now: bubble.