When it comes to succession, some business families plan well and some don’t, whether the next generation is ready or not. Scott McCulloch reports. When it comes to succession, some business families plan well and some don’t, whether the next generation is ready or not. Scott McCulloch reports.

Here is a scenario: What if a patriarch–a maverick whose family firm, built over four decades and turning over more than €100 million ($105 million) annually–dies in office without leaving his children a set of instructions on how to run the show?

That is what happened to Daniele Simonazzi when his father Antonio, founder and former chief executive of Italian vending cup manufacturer Flo SpA, died at the age of 72 in 2013.

“There was no succession plan in place,” explains chief executive Simonazzi.

“Succession needs to happen when the founder is alive to transition projects and responsibilities. It’s been a huge challenge.”

Challenge indeed. Yet business families bereft of succession plans are all too common.

The most obvious potential “failure factor” for a family firm is the succession process, according to new research by consultancy PwC.

“The transition from one generation to next is the fault-line in this business model,” the firm declares in its 2016 Family Business Survey of 2,800 global senior executives.

PwC says a staggering 43% of family businesses have no succession plan at all.

The findings are doubly alarming given that, in the next five years, we will see the largest intergenerational transfer of wealth the modern economy has ever seen, management consultants predict.

Much of this wealth will take the form of shares in family businesses.

For Simonazzi, whose mother controls 51% of the Italian manufacturer, share matters are settled. That left the father of three time to focus two key areas: Diversifying into South America and nurturing a culture shift among Flo’s once-dithering senior staff. Why?

Simonazzi, who joined Flo after completing a degree in mechanical engineering, says his father wanted to make all the decisions.

“When you have a one-man company, employees are not used to making decisions. I’m bringing in people with know-how and skills to change that.”

Since its inception in 1973, and despite Simonazzi’s baptism by fire as a second-generation leader, Flo has thrived. Which is why the third generation–his and his sister’s six progenies–crosses his mind daily.

“You never know what could happen,” Simonazzi says.

“I won’t force my sons or nephews to join the company, but we need a pact in place if they want to enter. I can’t see how they could manage the company without a plan.”

Simonazzi and his sister, Erika, already have management consultants earmarked for detailed succession strategies if and when the third-generation plumps for joining Flo in serious operational capacities.

“I don’t want to put them in the same situation I was in,” Simonazzi says.

“You have to be prepared.”

Which was not the case at Hamburg-based Biesterfeld AG, according to John Biesterfeld, former general manager of the plastics and chemicals distributor’s Benelux operations.

“There was absolutely no succession plan,” recalls Biesterfeld, pictured right, who left his eponymous family business in 2010 to launch his polymer company Bieglo.

Founded in 1906, fourth-generation Biesterfeld AG ran into financial troubles around 2000, forcing the family to sell a “big part” of its chemical distribution operations in 2002.

John Biesterfeld, who was ready to remortgage his home to save the firm, recalls heartfelt pleas made to his estranged father.

“I told him: ‘I know you need money, refinancing. If we do this together, we’ll find a way. I’ll buy shares from you and refinance with external parties, but refinance on my terms and smooth the transition to the fourth-generation’.”

The protracted crisis took it toll on 49-year-old Biesterfeld, the last family member to have an operational role in the 110-year-old company.

He enlisted the support of his sisters, who besides their lukewarm interest in Biesterfeld’s operations, had difficultly briefing consultants hired to steady the ship.

About 18 months after Biesterfeld left the family business his father, Dirk, sold a 25% stake to private equity investors to shore up the group’s balance sheet. Afterward, amid pressure from banks and suppliers, his father asked Biesterfeld’s younger inexperienced sister, Carola, to join the supervisory board.

“He was under pressure to ensure the owner-family was involved somewhere in the business,” Biesterfeld explains.

“I thought, OK, that’s the way to do it but [Carola’s] qualifications were very questionable. It would have been more important for me to stay in the company than my father.”

Today, Dirk Biesterfeld remains chairman of the supervisory board. His sister Carola Weger is deputy chairwoman.

Nearly a decade after leaving the firm, Biesterfeld wonders if his father’s bloody-mindedness nearly undid the company and the family.

De Visscher, who is also a director of his own family business, Bekaert Group, insists rock-solid leadership is priority one.

“Businesses clearly have to be run and managed by top managers, family or non-family,” de Visscher, insists.

“The qualifications to be a manager in today’s globalised word is vital and, quite frankly, the biggest problem many family companies have is attracting talented managers.”

Murray’s grandfather died at the helm of the family business resulting in it being sold to external players, only to be bought back, piece by piece, by his father. Sean himself joined Advocate in 1990.

Murray’s father died in 2004. They had drafted several succession plans and discussed Murray’s father’s exit strategies. But Murray concedes: “There was no plan in place when my father passed away.

“And despite me being chief operating officer, running the daily business and having most of the connections, it still shook the business,” Murray says. 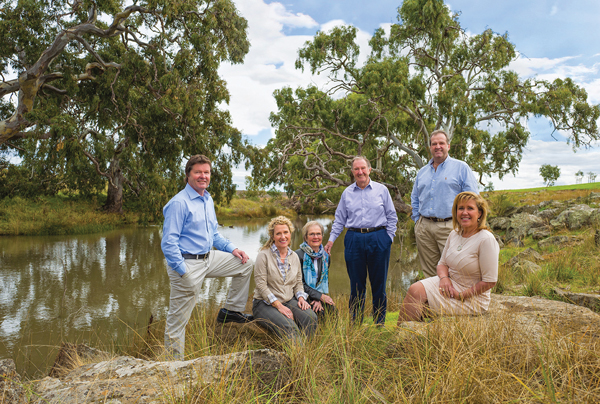 Australian property developers Dennis Family Corporation took this concept to great lengths during a decade-long process that began in the 1990s. Five branches of the family set up complex governance and beneficiary structures to smooth ownership and operational transitions for future generations.

Today, a tight plan is firmly in place: Family trusts, mission statements, formal governance structures, including monthly family council and board meetings, both with outside directors, a matrix governing each family member’s responsibilities and equal ownership between first and second generation family members.

“When I think about succession, I think about setting up the business and the family in the best possible way so we can easily transition our behaviours to the third generation,” explains Adele Levinge, chief executive of Dennis Family Office.

When Dennis Family Corporation committed to formalising its governance in the mid-1990s it began reinvesting all profits, a move that would go on to yield double-digit compound annual growth.

Later, the family brought in two external chief executives. But neither lasted due to a clash of cultures.

“By 2005 we needed to circle the wagons again and re-evaluate where we were going and what we wanted the company to look like,” Levinge says.

“We undertook some very significant internal navel-gazing and mapped out family members’ roles and responsibilities.”

Roughly 25 years on from when these structures were put in place, there are 11 (third-generation) grandchildren, ranging in age from 20 to 30. Two, including Levinge’s daughter, Bonnie, have already transitioned into the Dennis group of companies.

Bloodlines were no guarantee of a job in the family firm. 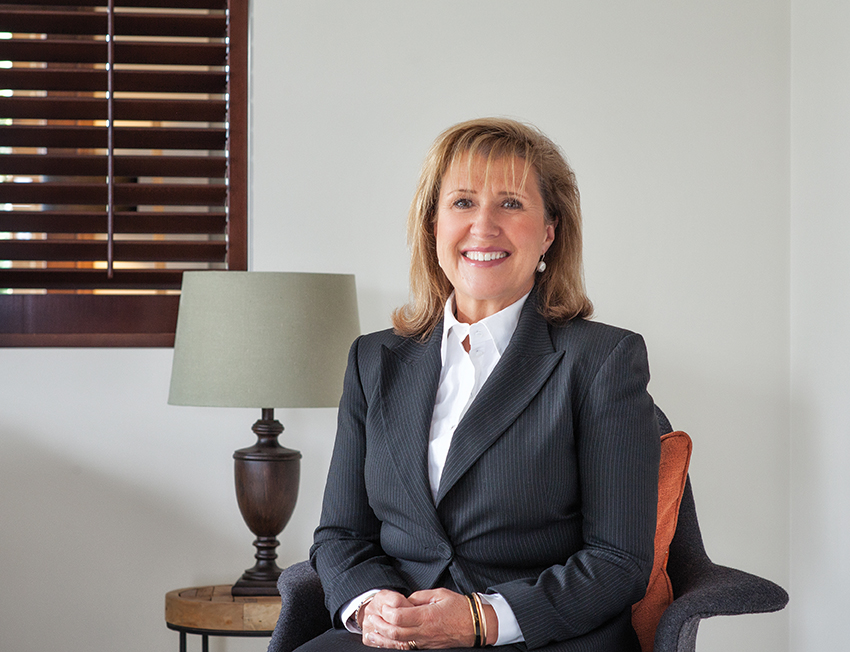 Levinge, pictured right, says all 11 next-gens underwent Kolbe personality testing to determine who had the “requisite skills” to join the company.

“We identified three, maybe four, but definitely three heading in the right direction.”

When the third-generation Dennises assume the full mantle of ownership remains to be seen. Indeed, Levinge’s 81-year-old father and company founder, Bert Dennis, remains active in the business. Yet the family is prepared.

“We know what will happen when the day comes that our parents are not here,” says Levinge, who ran her own business before joining Dennis Family Corporation in 1982.

“It won’t be a surprise for us nor our external board members because we’ve planned for it. We know the transition will work. In fact, it already has.”