Having a famous surname did not mean Pernod Ricard rolled out the red carpet for a young Alexandre Ricard. So why was being rejected by the world's second-largest premium spirits and wine company the best thing that could have happened? Peter Crush finds outs Having a famous surname did not mean Pernod Ricard rolled out the red carpet for a young Alexandre Ricard. So why was being rejected by the world's second-largest premium spirits and wine company the best thing that could have happened? Peter Crush finds outs

By his own admission, Alexandre Ricard would much rather talk about his business, Pernod Ricard , than himself. After all the Paris-based drinks producer owns a host of household brands from Absolut Vodka, Jameson whiskey, and Beefeater gin, to Mumm champagne. However his rise from rejection to running the third-generation drinks maker is an illustrative insight into the company’s culture.

“I grew up having parents who told me I could do anything I wanted, as long as I did it well,” he recalls.

And although he grew up imbued in the business (he tells a tale of visiting distributors with his grandfather when he was a child—and remembering everyone’s name) Ricard admits he was never actively encouraged to join it, even when he initially tried in the 1990s.

“Did [my parents] want me to join? I don’t know, I’ve never asked them, but in 1996, after graduating, I wrote a letter and sent my resume to my uncle who transmitted it to [human resources (HR)] asking if I could join the company. However, the interview did not go well and I left the building and ended up walking into Andersen Consulting instead.”

While some might think it’s a brave HR department member who grills the founder’s grandson, it proves the point that this is a business where sentimentality for the name won’t cut it on its own.

“My uncle always told me my name isn’t an advantage, but nor should it be an inconvenience,” says Ricard. 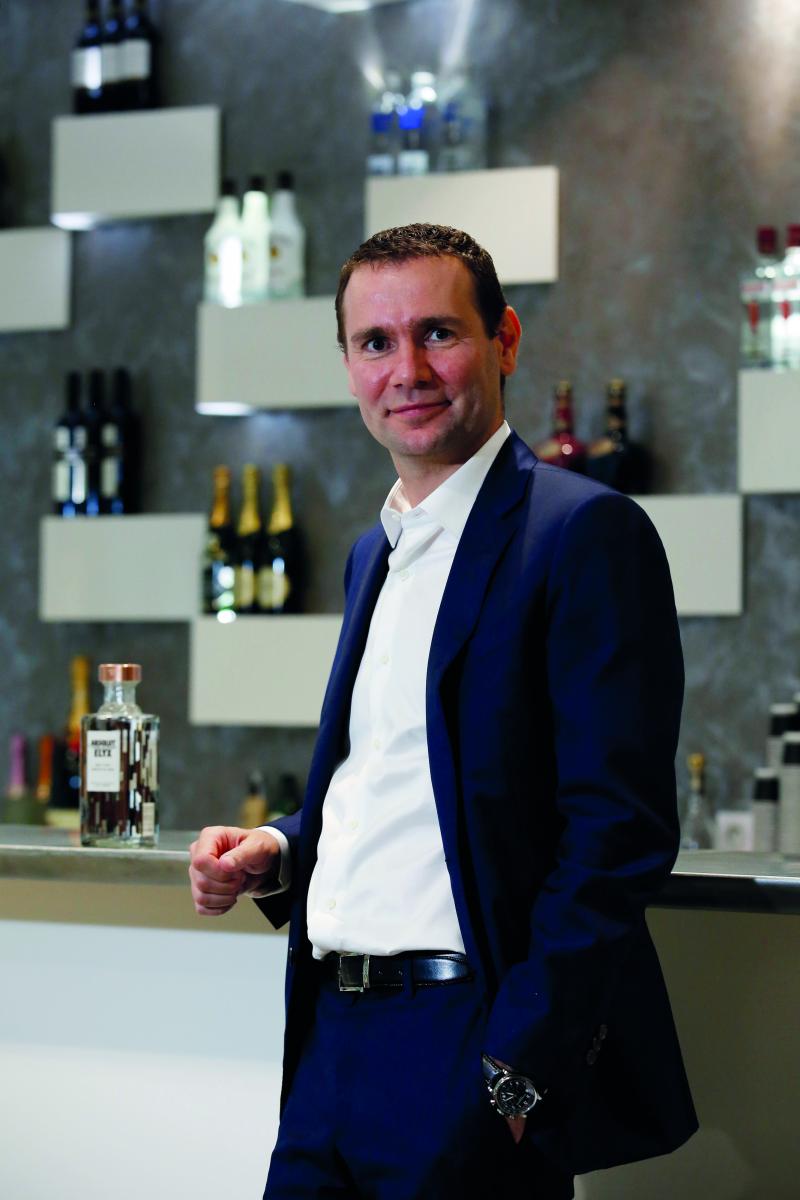 “So I spent eight years outside the business, ending up at Morgan Stanley, where I really learned about business. It was only after this that I resubmitted my CV—ironically to the very same [human resources director], as he was still there. The first thing I said when I got an interview was that my original, terrible, meeting was the best thing that could have happened to me.”

Once in, it was ambition—rather than lineage—that saw Ricard rise quickly up the ranks, gaining experience in Hong Kong as managing director of Pernod Ricard Asia Duty Free, before moving to Ireland in 2008 to head up the Jameson whiskey brand.

“That’s when Pierre Pringuet called me and asked me if I wanted to join his executive board.” By this point Ricard was still only 39.

“The fact there have been other non-family CEOs reiterates the fact that what matters most is that the person with the top job has the capabilities,” says Ricard, when asked whether it is inevitable that family members will take control.

“It’s certainly not set in stone that it goes to a family member, there’s no golden rule,” he repeats.

But with this chief executive bearing the name of his grandfather, Paul Ricard, creator of the Ricard pastis aperitif in 1932—even Alexandre must accept that as long as he’s the head, which he has been since 2015, his bloodline is not something he can readily escape—despite what he might initially say.

“All the people working for us are our family,” the debonair 45-year-old says with upmost sincerity. It’s quite a telling quip. For even though Pernod Ricard is the result of two family-run businesses joining forces—Pernod and Ricard in 1975—today it has quite a fluid definition of what ‘family-run’ actually means. It’s a business where family, genealogically at least, is neither required from a stewardship point of view, nor is it expected of the descendants of Ricard himself. The structure of the business is such that the Ricard family maintains control via a 14% shareholding—the largest single stake—and 20% of voting rights. This is also what Ricard calls a “reference shareholder”, ensuring the long-term value-creation and sustainability of the business.

Chief executives have arrived from outside the Ricard family, such as Pierre Pringuet from 2008 to 2015. It could be purely happenstance that Pernod Ricard is back in family scion control and that it’s just as likely it won’t be so in the future.

“There were many other talents in the running to be CEO,” says Ricard, recalling the sudden death of his uncle, and the company’s chairman, Patrick Ricard in 2012. That was the point when Alexandre was thrust unexpectedly into the limelight, though he was already managing director and had worked his way up the ranks and headed Irish Distillers, the makers of Jameson in Dublin.

“That August I was interviewed by the board members and nominations committee, but while some might talk about succession as being my ‘duty’, no it wasn’t that,” he says.

“It was a normal part of good governance and the role of the board was to ensure the right CEO was chosen—one who is up to the job. My surname might be cool, but if I hadn’t demonstrated any merit, I wouldn’t have got anywhere.”

Ricard often mentions “not expecting” to be chief executive. In fact he even jokes that when the board asked him what his top three priorities would be, his reply was: “I can only think of two—grow our topline while performing well, and create a winning mindset.” 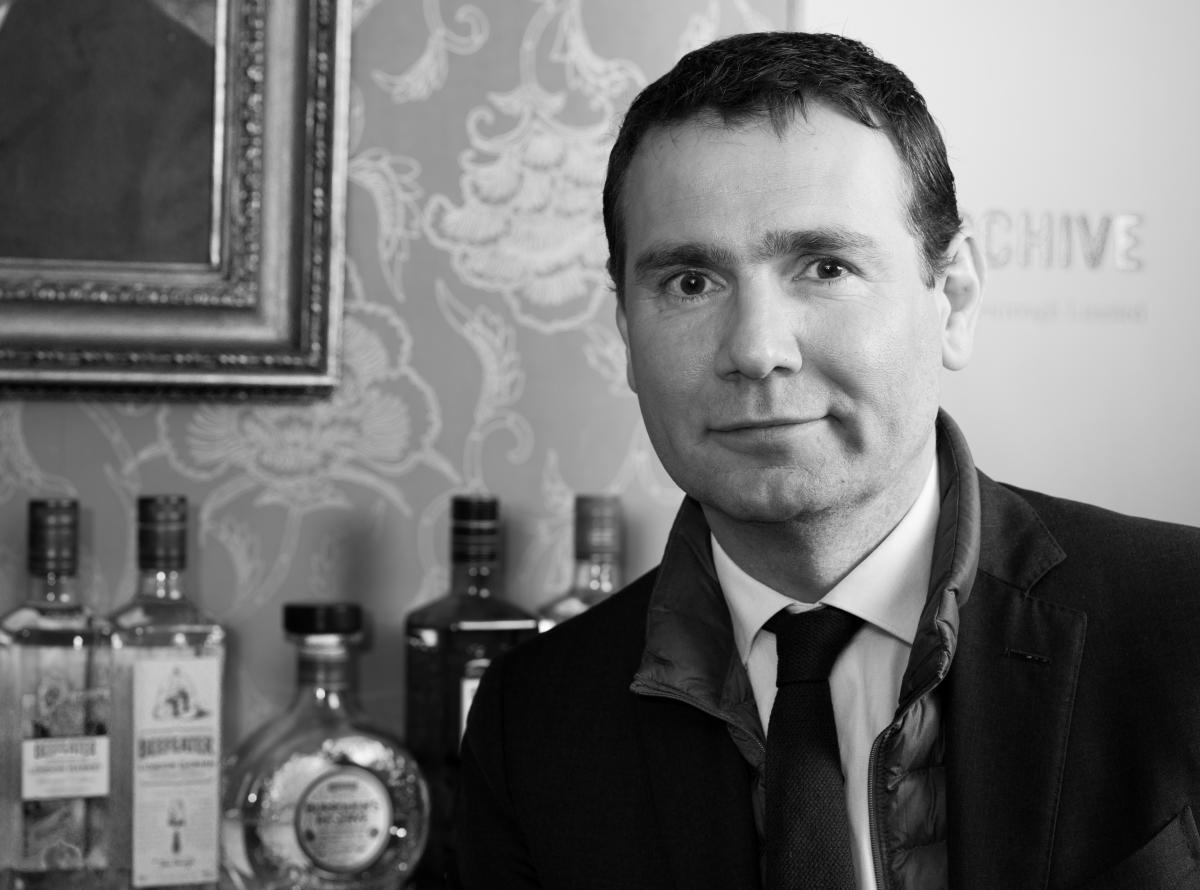 Pringuet wasn’t due to retire (statutorily) as chief executive until 2015, so it was agreed Ricard could benefit from a rare set of circumstances, having three years to prepare for his eventual ascension to both chief executive and chairman (and possibly time to think of that third priority).

“We [Pierre and I] really got along, and that time enabled me to think hard about the future,” Ricard says.

Ricard’s arrival resulted in a strategic volte-face, re-aligning the company based on ‘moments of consumption’ rather than specific categories, and identifying ‘moments of conviviality’ that are cross-generational, like parties or ‘hanging out’, with the mantra that when it comes to alcohol, quality should be the focus, not quantity.

There’s also been realignment of people and marketing efforts around where a specific sub-brand ‘lives’—with brand marketing run by staff local to where production actually happens.

Pernod Ricard is almost unique in the fact that its brands are only made in their original locations (like Beefeater in London), and recipes are not copied and remade elsewhere in the world.

Strategic acquisitions have occurred in the first years of Ricard’s tenure, including the purchasing a majority stake in West Virginia-based whiskey maker Smooth Ambler. The young chief executive has also not shied away from offloading brands deemed to be underperforming. These include a number of Mexican brandies early this year.

A culture of innovation is also vigorously pursued, one which has seen several big hits. Absolut Lime was launched after research found one in four cocktails had a citrus-based element to it. This spring-summer also sees Beefeater’s first foray into flavoured gin, with the launch of the strawberry-infused Beefeater Pink.

He stripped naked with Absolut employees for a new ad campaign for the “vodka with nothing to hide”.

“What I think makes a difference is mindset,” says Ricard.

“It’s like having two opposing sports teams. Nine times out of 10, the technique, or the skills of these athletes will be the same, so to me the only factor that differentiates winning ones from losing ones is mindset.

“As a business we need to have capacity to embrace change and spot, or be ahead of trends. We need our people to have mindset where opportunity doesn’t make them anxious.”

“In the same way my parents empowered me to make decisions, I want our own people to feel empowered too. I’d rather people ask for forgiveness for when things go wrong than permission to do something in the first place. I don’t care about failure per se, I care about the cost of failure, but if someone fails quickly, through having tried something, at least the cost of failure will be low. I want to challenge people to take risks.”

Ricard accepts he’s making these big cultural changes, while still being the custodian of the family’s fortune—something which requires a steady hand. But it’s in these instances, he argues, where the Ricard name does actually help.

“On the one hand, it grounds me, it ensures I always take decisions that have a long-term view in mind,” he says.

“But on the other, it gives investors the confidence that decisions I take will have been carefully thought through.”

And the results suggest this approach has been a success. The latest year-end financials show the Paris-based premium drinks producer, is enjoying exceptional results. Organic growth was up 3.6% in 2017 with revenues topping €9 billion ($10.7 billion), profit is up 5.7%, while in the United Kingdom, the firm is riding the crest of a recent resurgence in gin—sales are up 52% against a global average of 36%. Sales of Beefeater are up 52% in the UK, while Plymouth Gin is up 47%.

Heritage plays a big part here. Ricard often talks about the DNA of the business being about passion and excitement, and wanting to take advantage of new opportunities.

Ricard literally is the DNA, but despite all he’s already done, he is still coy about taking personal credit, preferring to talk-up the culture-creating foundations set out by his grandfather. When pressed though, he does yield—a little.

“Bearing the name brings responsibility. If I didn't feel capable I wouldn’t have taken it [the CEO job] on.

“But does a man know everything? No, of course not, I’m on a learning curve. But what gets me going is the people side of the business.”

For the immediate future, taking advantage of new growth areas is his main agenda and his outlook is in part eastward. It’s not hard to see why. Asia has quickly grown to comprise 40% of Pernod Ricard’s business, and it’s growing at 7% according to the company’s latest published figures, with India growing 9% and China 8%.

“In India there are 17 to 20 million new consumers entering into the market every year,” Ricard says.

“We have a lot of clarity in the business about how we leverage these markets more.” 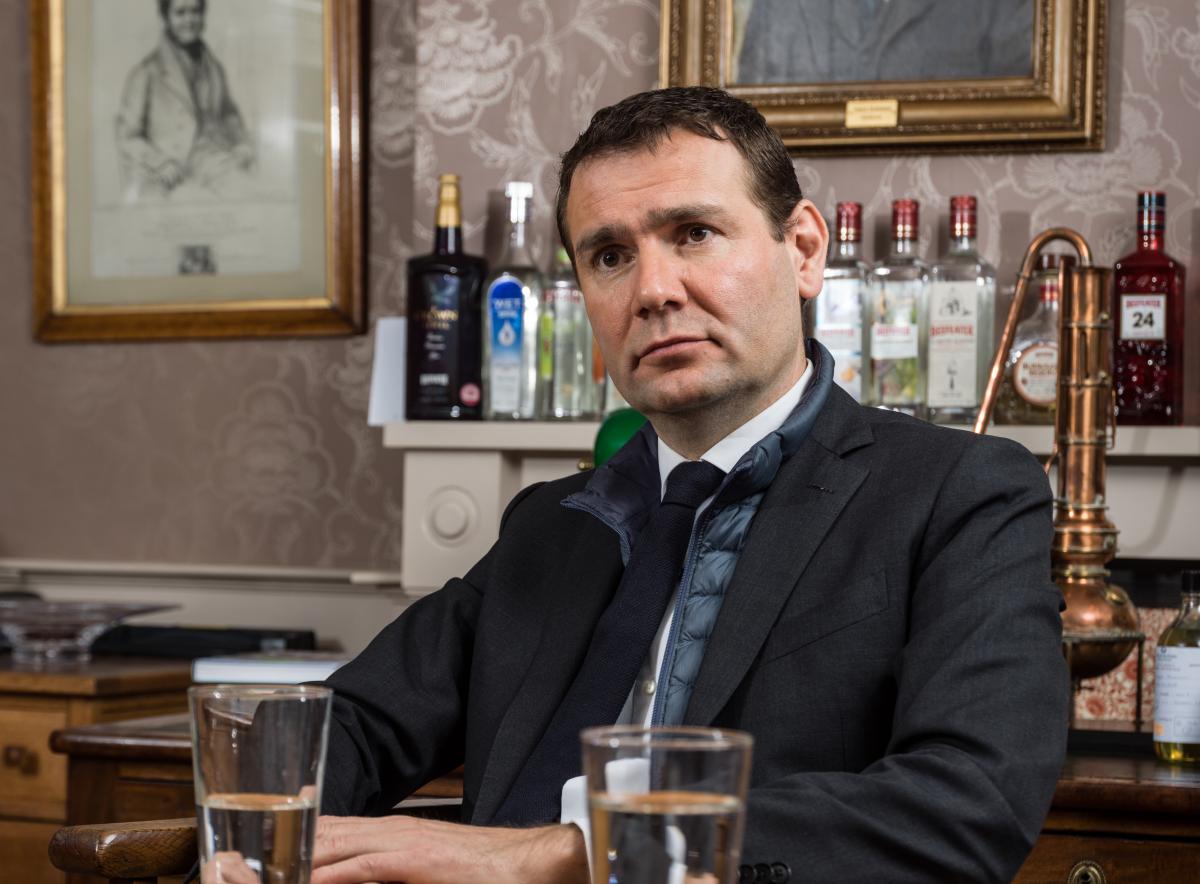 If it’s the people in the business that really excite him, they’re definitely following his lead. Ricard’s latest employee engagement scores show satisfaction rates in the high 90th percentile. In fact, a small percentage of the business—2%—is actually employee owned.

The of course comes the inevitable question: What of his own succession? Will the business continue to be a Ricard-run one?

“But obviously, this is the extent of information I can divulge to shareholders. It’s the essential role of a CEO to ensure their own succession is smooth, and for shareholders to know there is a plan in place.”

Changing tactic then, will there be a change in leadership anytime soon? Ricard is once more pleasantly non-committal, although this time more personal.

“Or, I’d step down if the board didn’t think I was doing the right thing. Life’s too short not to have fun.”

Pernod Ricard is an empire where family can mean staff, but also lineage—and not just the Ricards. There are members of the Pernod family also in the business, as well as several generations of family members from brands it owns, like Jameson. It feels like shareholders wouldn’t mind either way which pool of people their next CEO comes from.

In the meantime though—and aged just 45—you sense there’s plenty of years ahead in this superbly able third generation Ricard.

As the man himself put it: “My grandfather once told me the reason we are so successful is not just because we’ve got a great brand, but because we smile when we do business with people. That’s my mantra. As long as I’m smiling I’ll still be here.”